Medical Marvels:The fight to save a limb after a traumatic injury 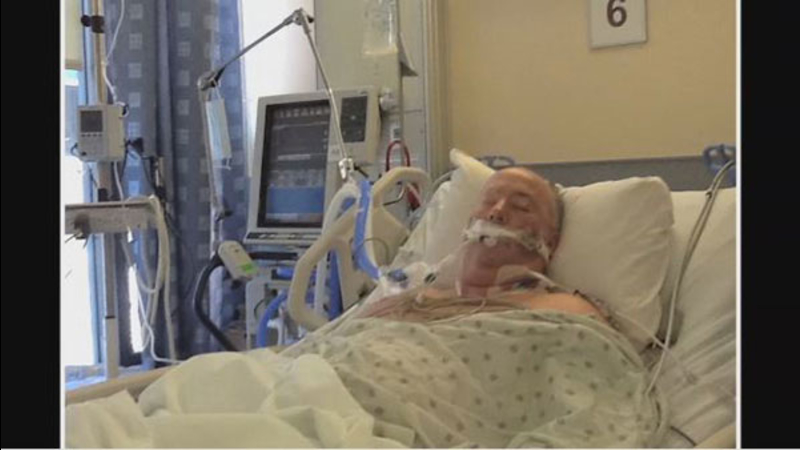 Medical Marvels: the fight to save a limb

NEW YORK -- On September 14, 2014, Tom Myers, an executive chef at one of New York City's top dinner clubs, was riding his motorcycle home when a vehicle that was making a left-hand turn hit him. The collision flung the 56-year-old married father of two children into the air and totaled the bike.

Tom was taken to the emergency department of NewYork-Presbyterian Queens, a Level 1 Trauma Center, where he was rushed into surgery to treat severe left leg injuries, including shattered bones and severed veins. Following a twelve-hour surgery performed under the supervision of Dr. Elan Goldwyn, Director, Orthopedic Trauma Surgery, he was put under sedation for several days to ease the pain. Doctors knew, however, that many more surgeries would be necessary. Tom remained in the Surgical Intensive Care Unit (SICU) for nine days where the trauma team treated and monitored him under the direction of Dr. Jason Sample, Chief of Acute Trauma and Critical Care, as a long-term treatment plan was developed.

Before undergoing a second surgery, Tom was informed there was a very strong chance that amputation of the leg above the knee might be necessary. He asked the doctors to do whatever they could to save his leg. After a 20-hour operation performed by the plastic surgery team, Tom woke up with both legs. He endured eight follow up surgeries and now, two years later, Tom has re-learned to walk and is thankful to rebuild his life.

ABC7NY is proud to have taken you inside NewYork-Presbyterian for a look at some extraordinary stories that we call Medical Marvels. It's our Emmy-nominated digital series exclusive to abc7NY.com.