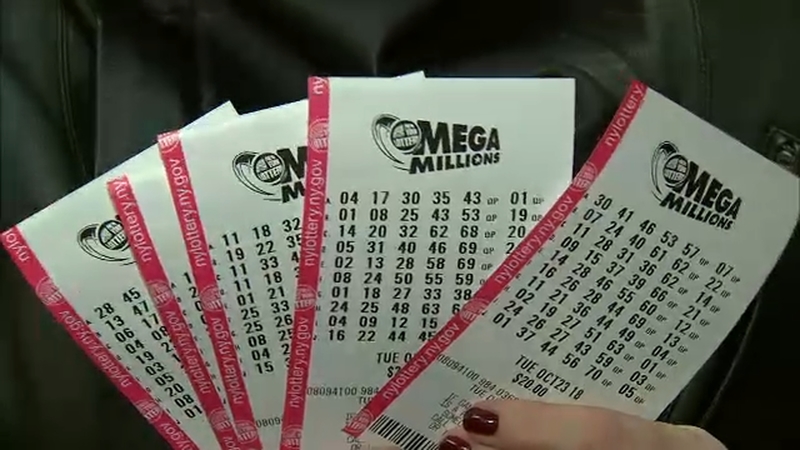 NEW YORK (WABC) -- A single ticket sold in South Carolina will claim the largest Mega Millions jackpot ever, worth a whopping $1.5 billion.

Initially billed as a record $1.6 billion, lottery officials now say the jackpot "was just shy of the $1.586 billion Powerball jackpot" from 2016.

There were 36 $1 million winners, including six in our area. Four of those second-place winners were in New York, including two in Brooklyn, one in Yonkers and one in Hauppauge. Two more million-dollar tickets were sold in New Jersey, one at Plaza Liquors in Deptford and one at the Quick Food Store in Lindenwold.

The previous Mega Millions record was $656 million, shared by winners in three states in 2012.

The Mega Millions jackpot had not been won since July 24, when a California office pool of 11 coworkers shared $543 million -- at the time, the largest prize ever won on a single ticket in the game.

There had been 25 drawings without a jackpot winner since then, but there have been more than 34.4 million winning tickets sold across the game's nine prize levels.

The odds of winning the $1.6 billion jackpot were 1 in 302,575,350, and The Washington Post reported that at least 75 percent of the possible combinations had been sold.

RELATED: The 10 largest lottery jackpots of all time and their winners

Mega Millions jackpots start out at $40 million and roll over if there is no jackpot winner. Tickets are sold in 44 states plus the District of Columbia and the U.S. Virgin Islands.

Lottery players will have another chance to get rich quick on Wednesday night, when $620 million will be up for grabs in the Powerball lottery.

Kemberly Richardson has more from the experts before you pick your Mega Millions numbers.