Father accused in fatal stabbing of 2 daughters in North Carolina 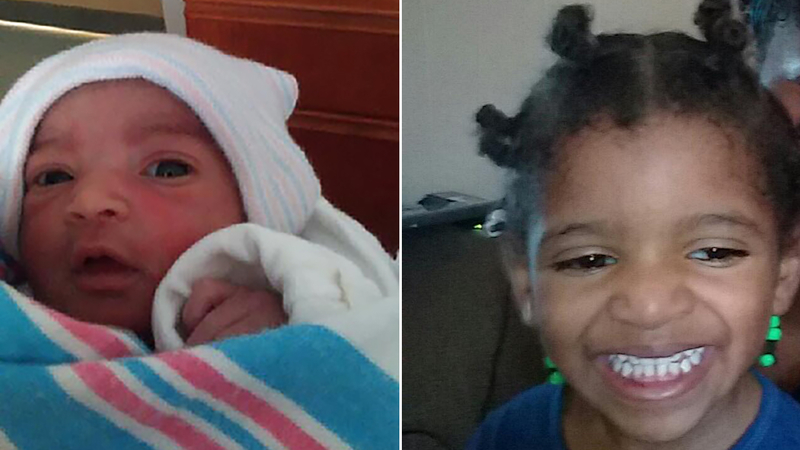 FAYETTEVILLE, North Carolina -- In an exclusive interview with family members Saturday, ABC11 was told the father accused of murdering his two young children was an "abuser."

Sheriff Hubert Peterkin said Genesis and Serenity Freeman - who were just 2-years-old and 4-days-old - were found stabbed multiple times near N.C. Highway 211 and Army Road in the Raeford area. Their bodies were found in a car parked in a wooded area.

The children's aunt, Marvina Smith, told ABC11 Saturday afternoon that the children's mother attempted suicide when she discovered her kids had been murdered. She is currently recovering in the hospital.

"It's kind of hard to find the words to describe what this feels like," said Hoke County Sheriff Hubert Peterkin. "I know people read it, I know people see the story and hear about it, but to be out here on the scene and actually see this stuff, to see these children lifeless and brutally stabbed...I don't care how many years you've been in it. How many times you've been in it or seen things, this was not a good experience. Everybody's taking this real hard. Our heart goes out to the family, to the mother."


Fayetteville police said the children were at the center of a domestic-related incident between Freeman, 30, and his wife, who was at the hospital at the time, and Freeman left with the children.

"From what our investigation's telling us they had a dispute, where (Freeman) allegedly made accusations about the babies not being his, a child not being his or maybe her involvement with someone, and when he took the kids we understand he left in a rage," Peterkin told ABC11.

"I feel sad and hurt, but there's nothing I can do about it," one of the relatives, whose name is being withheld, said.

Peterkin said Freeman accused his wife of cheating on him. She was in a local hospital when Freeman took them.

Freeman was arrested Friday afternoon after employees at a doctor's office in Raeford reported a suspicious-looking man standing in front of their building.

During questioning, Freeman indicated the children were in Hoke County, and he may have harmed them, Peterkin said.

The SBI is investigating. Freeman has a court appearance on Monday.