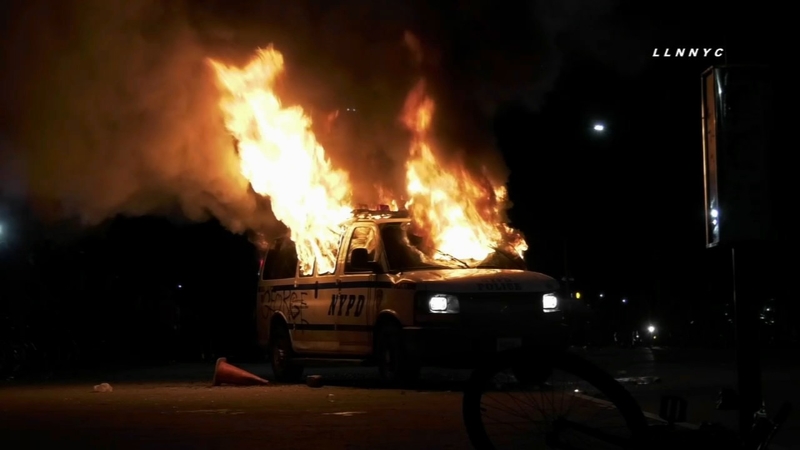 NEW YORK (WABC) -- Federal prosecutors have offered a plea deal to two Brooklyn attorneys charged with firebombing an empty police vehicle, during demonstrations after the death of George Floyd.

They face up to life in prison and a mandatory minimum sentence of 45 years in prison if convicted of all seven counts in a case their supporters have said was overcharged during the Trump administration.

Mattis and Rahman are accused of hurling bottles filled with gasoline into an empty police vehicle during protests last summer in Brooklyn over the death of George Floyd.
EMBED More News Videos

The two were also charged with attempting to distribute Molotov cocktails to others before fleeing the scene in a minivan.