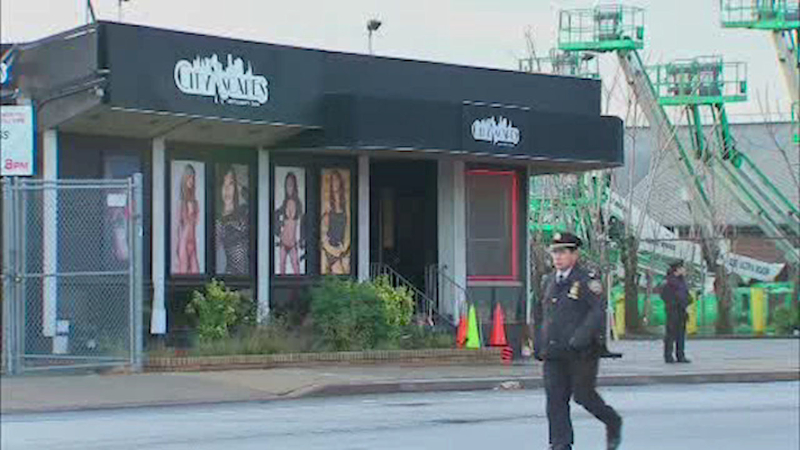 MASPETH, Queens (WABC) -- Detectives recovered a vehicle that may be the one spotted fleeing the scene of the CityScapes Gentlemen's Club arson Thursday morning.

A small incendiary device was apparently thrown at the Maspeth, Queens, strip club that is part of the investigation into the shooting of Knicks forward Cleanthony Early on Wednesday.

The vehicle is being processed by police at the 104th Precinct. Detectives have also recovered Cleanthony Early's iPhone 6. It was discarded near the Sumner Houses apartment complex in Bedford Stuyvesant.

The CityScapes Gentlemen's Club was already closed for the night when the small Molotov cocktail struck the front door just after 5:30 a.m. Thursday. No one was injured and there was no damage to the building.

Two men in a green Nissan Altima were reported to have fled the scene.

Authorities said the vehicle, possibly connected to Early's shooting after he left the club. Arson investigators were pouring over the key piece of evidence, described as a melted gasoline can that was meant to do more damage than it actually did.

On Thursday afternoon, Early posted on Instagram a photo of himself in a hospital bed describing, as he put it, a day that will change his life forever.

"I got shot, but ironically I dodge(d) a bullet," he wrote. "It could of been way worse, and I'm thankful and grateful it wasn't."

Now, as he recovers, investigators are trying to solve the second crime linked to the club.