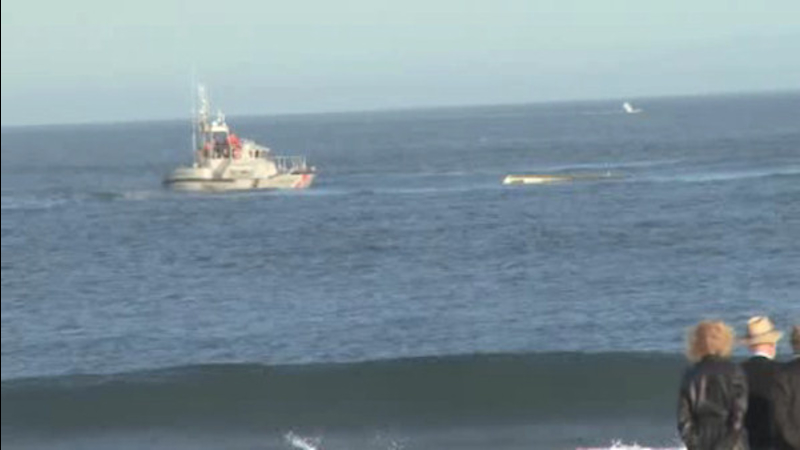 Coast Guard, New Jersey State Police and a Good Samaritan in a private boat were on scene to assist in the rescue.

All seven men were recovered from the water, although two were in cardiac arrest.

Alex Osadchy, 66, and Grigory Klokishner, 74, both of Philadelphia, Pennsylvania died. Osadchy was pronounced dead at the scene while Klokishner was flown to Jersey Shore Hospital in Neptune where he was later pronounced dead.

Four others were taken to Ocean Medical Center with non-life threatening injuries and one other man refused medical treatment.

Although the cause of the vessel capsizing is currently under investigation, it's believed that the boat capsized due to a large swell.

The pontoon boat was 1,000 feet from the Manasquan Beach on the north side of the inlet.