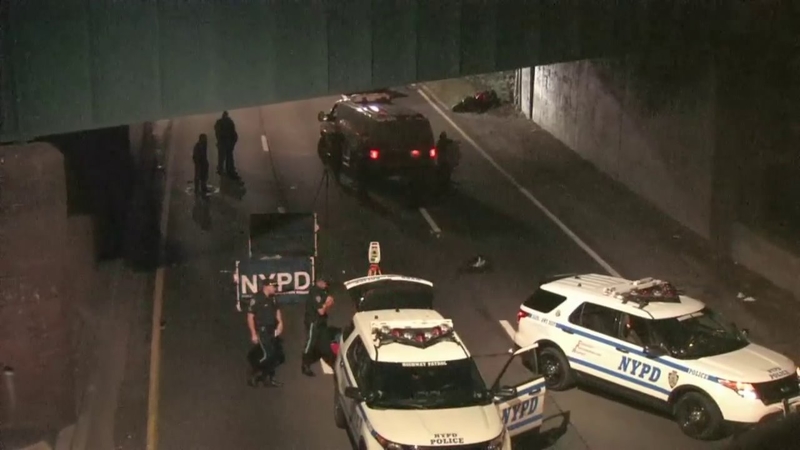 LINDENWOOD, N.Y. (WABC) -- Police are searching for the driver who left the scene of a fatal motorcycle crash on the Belt Parkway in Queens Monday night.

It happened at about 10:30 p.m. in the eastbound lanes near Cross Bay Boulevard in Lindenwood.

Police said the 28-year-old man who was at the controls of the motorcycle lost control around a curve and struck the center median, causing both the man and the woman riding with him to get thrown off the bike. They landed on the road in the left lane.

According to NYPD, the driver of a white older-model minivan tried to swerve to the right to miss the crash, but struck the woman and kept going.

A second driver, also in a minivan, tried to stop but ran over the woman. That driver stayed at the scene.

Police said the woman died at the scene. She has been identified as 22-year-old Sade Eversley of Brooklyn.

The man controlling the motorcycle was taken to the hospital where he's listed in stable condition.

Police are asking any witnesses to the crash or anyone with information about the white older-model minivan to contact them.