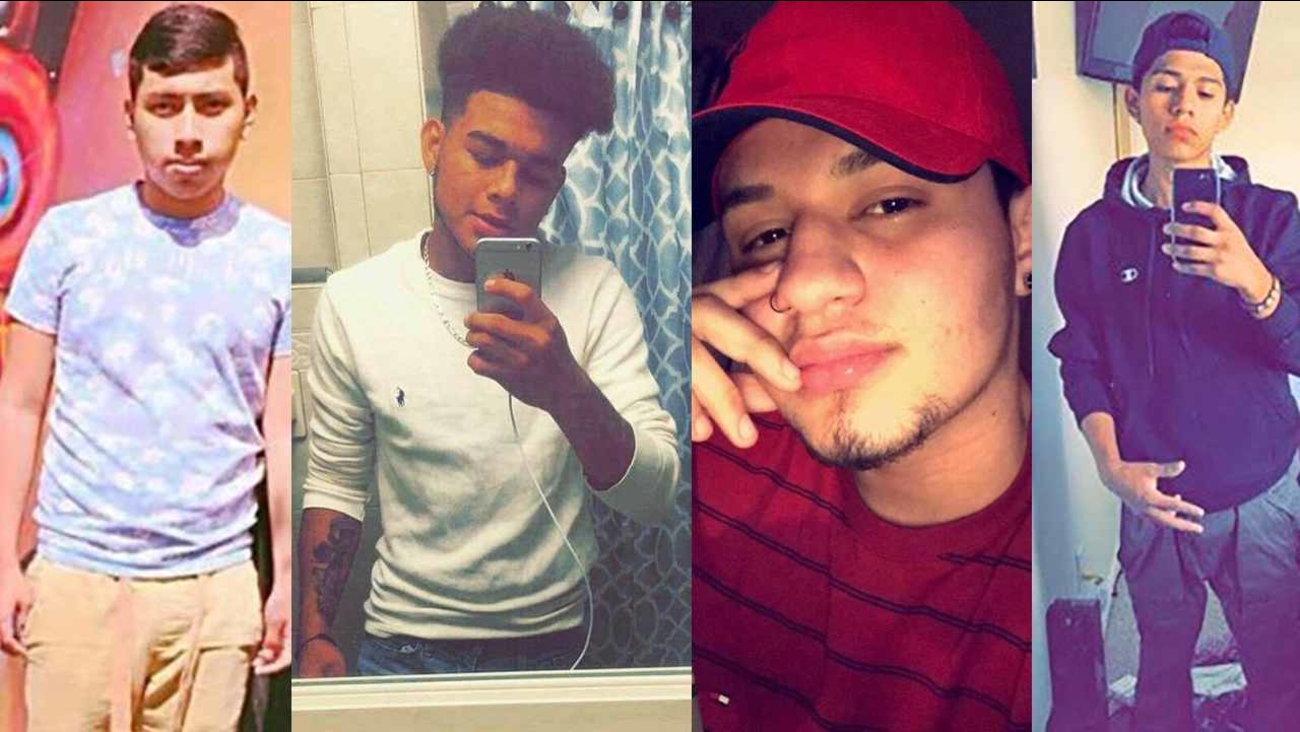 CENTRAL ISLIP, Long Island (WABC) -- An MS-13 gang member who pleaded guilty to participating in the massacre of four young men on Long Island in 2017 has been sentenced to 50 years in prison.

Freiry Martinez was sentenced by a federal court judge on Monday after apologizing for the pain he caused. He said he was just a boy at the time and did not know what he did.

The victims were lured to a park in Central Islip and attacked with machetes, knives and clubs. Martinez was 15 at the time of the crime.

The victims were 16-year-old Justin Llivicura, of East Patchogue; 18-year-old Jorge Tigre, of Bellport; 20-year-old Michael Lopez Banegas, of Brentwood; and 18-year-old Jefferson Villalobos, of Pompano Beach, Florida, who was on Long Island visiting his cousin Banegas at the time.

The MS-13 gang has been blamed for dozens of killings on Long Island since 2016. The violence led to congressional hearings and visits to Long Island from both President Donald Trump and then U.S. Attorney General Jeff Sessions.


(The Associated Press contributed to this report)