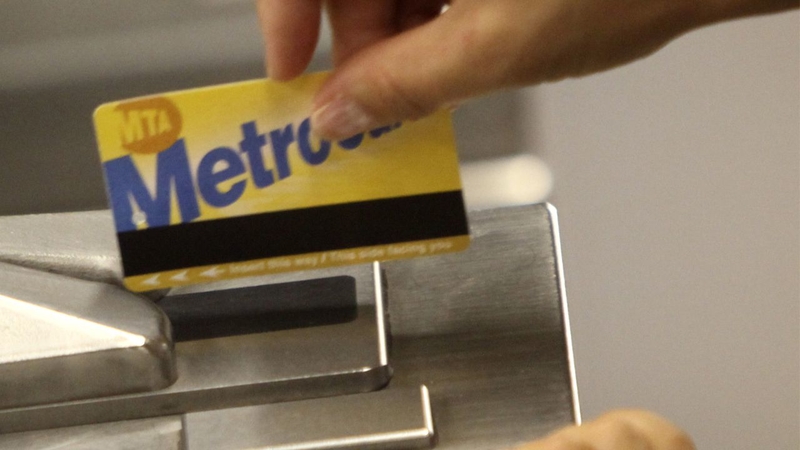 NEW YORK (WABC) -- The MTA board approved the next round of fare and toll hikes Wednesday, voting to keep the base bus and subway fare at $2.75 while eliminating MetroCard bonuses for riders.

Commuter rail lines like the Long Island Rail Road and Metro-North, as well as bridges and tunnel tolls, will also increase by approximately 4 percent over the next two years.

The fare increases are slated to take effect on April 21, while the toll increases go into effect March 31.

Pay-per-ride subway and bus commuters will lose MetroCard bonuses. Before the fare hike, 5 percent bonuses were added when customers bought or added $5.50 or more to their MetroCards, reducing the value of an individual swipe to $2.62.

The board approved the modest fare increase after Mayor Bill de Blasio and Governor Andrew Cuomo came to an agreement on congestion pricing and a 10-point plan to fix and fund the MTA, which could put a significant amount of money into the MTA's capital budget.

The vote to approve fares for the next two years turned into a referendum on ongoing MTA turmoil among the board members.

One board member ranted about the recent proposals to overhaul the MTA, while another said he could not support the fare hike because the MTA is a "bloated bureaucracy." Still, most conceded the agency needed the revenue a fare hike would provide.

The MTA is facing a $1 billion deficit, due in part to declining ridership.

In January, the MTA board postponed a fare hike vote to consider alternatives as the debate over whether or not to increase base fare to $3 soured. Acting MTA Chairman Fernando Ferrer said the deferral deprived the MTA of $30 million in revenue.

"That will never be made up," he said. "Not to cast a poll, just a fiscal fact. And that fact is beyond dispute...this vote reflects our appreciation of a fair system."

Cuomo had advocated for the month-long timeout. His spokesman told Eyewitness News in January, "Governor Cuomo believes there should be no fare increases. Period."