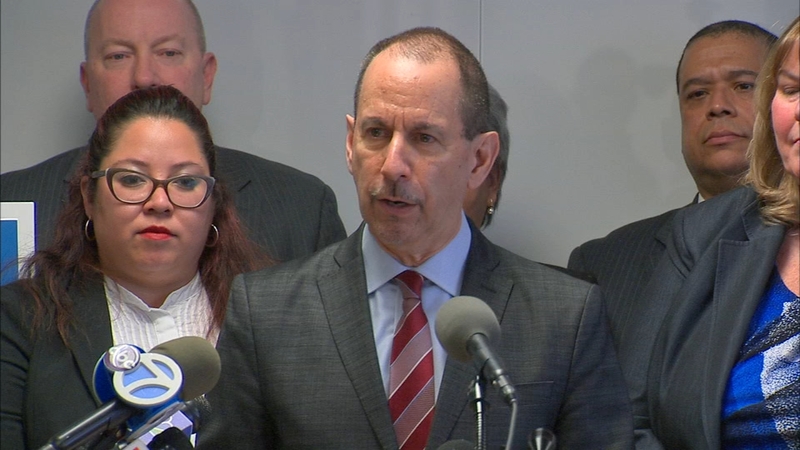 NEW YORK (WABC) -- It is a staggering number: this year, Child Protective Specialists have investigated 55,000 reports of alleged abuse in New York City. Administration for Children Services Commissioner, David Hansell says, "We know full well that behind each report could be a child in serious danger."

Friday, only nine months into taking on the task of reforming the embattled Administration for Children Services, Commissioner Hansell announced that every high-risk case will be immediately investigated by a Child Protective Specialist teamed up with an Investigative Consultant who are all retired NYPD Detectives.

"We see this as a strengthening of our investigative process," Hansell said.

The new Heightened Oversight Protocol, or HOP for short, comes in response to a string of child deaths last year in which despite earlier repoerts of abuse, ACS either failed to respond quickly enough or missed important warning signs. This new protocol is meant to avoid that.

"Investigative consultants give us insight into who should we interview first, " said Bessy Matute, a Child Protective Specialist. "Should we go to the hospital, go to the home, what should we look for, should we take photographs."

Last year, in a series of our own investigations, case workers told Eyewitness News that heavy caseloads and fear of violence created tremendous stress for them. In an on-camera interview, a caseworker whom we didn't identify described how she was attacked when going to a home to investigate an alleged case of child abuse.

"The next thing I know, she started to swing on me, hitting me with her fists, open-handed scratching me, a total attack. I pray every day when I go into these houses. Lord just get me out safe and get home to my family," she said.

With this new heightened protocol, the Investigative Consultants will use their NYPD Detective skills to background a family before the caseworker even knocks on the family's door.

Matute claims, "This will help staff know who this family is, do we have to worry about anything or pair up with a colleague, or do we have to have police intervention."