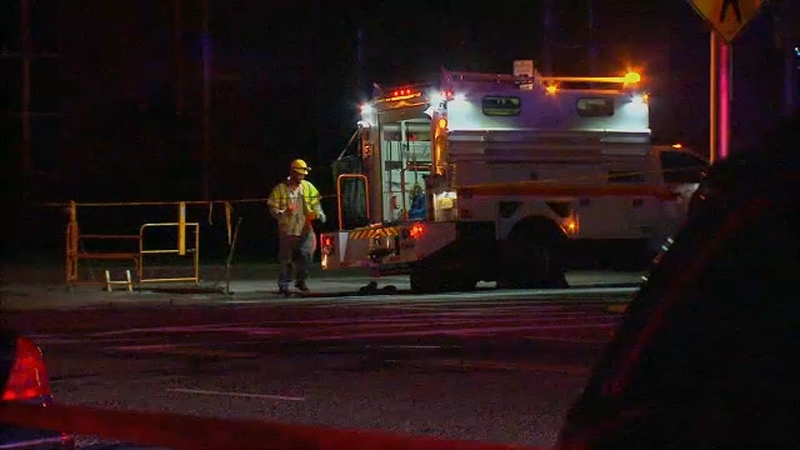 NEWARK, New Jersey (WABC) -- PSEG is working to restore power to some customers in downtown Newark following a major outage.

A manhole started smoking when the cable burst into flames.

Mayor Ras Baraka is urging residents to remain patient while crews work to restore the power. About 1,100 customers were still in the dark Sunday morning.

"There's no need for people to evacuate or panic or anything like that, " said Baraka. "The lights will be out for a little while but we're working with PSE&G to get them turned back on. It's a very serious event so it's going to take us a minute to get this recovered back to normal."

Shortly before 3 p.m. Saturday, Newark firefighters and police responded to the downtown area after reports of smoke. Officials say the cables caught fire after one of them failed.

Power was knocked out from Central Avenue to Commerce Street and from Norfolk Street to Broad Street.
EMBED More News Videos

Traffic signals were also affected on the following streets:

Mayor Baraka said there will be increased patrols in areas with no power.

NJPAC tweeted that an Eric Johnson concert for Saturday night was canceled due to the outage.

PLEASE BE ADVISED: Tonight’s Eric Johnson (@EJupclose) concert is cancelled due to a power outage in downtown Newark. We apologize for the inconvenience. Patrons can call the box office on Monday regarding a refund or rescheduled date.