Investigation into warning signs of the Hoboken NJ Transit crash 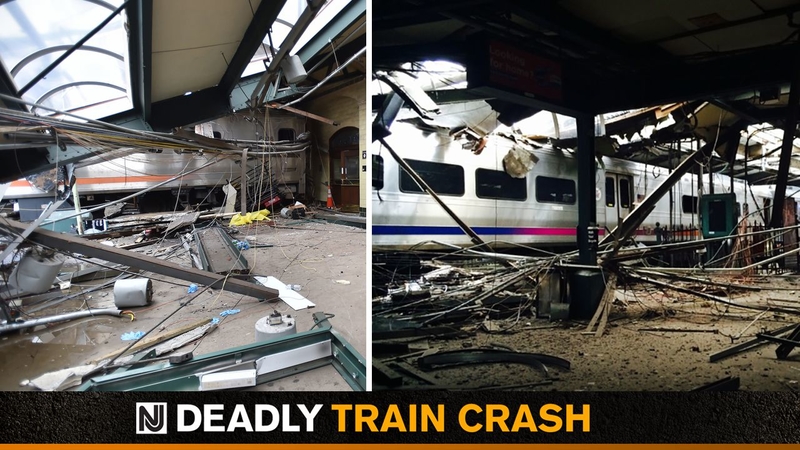 HOBOKEN, New Jersey (WABC) -- It appears there were warning signs to the Hoboken Terminal crash.

Federal rail inspectors were worried about a possible accident at New Jersey Transit; it's why they were auditing the railroad.

Had they dug deeper into their own accident data, they would have seen a troubling trend possibly foreshadowing the crash.

While not as serious, they did cause tens of thousands of dollars in damage and in one case, even injury.

Last year, an engineer ran a red signal and struck the bumping block, injuring one.

In another, the train derailed after striking the bumping block when the engineer failed to apply the handbrake.

"The complacency suggests a monumental failure on their part," said Andrew Maloney, a rail safety attorney.

"They ignored it because nobody was hurt or killed in those cases. It should have been enough of a warning that there was property damage or the safety violations, but they ignored it," Maloney said.

Meanwhile, a source close to the crash inquiry tells us investigators are not happy that the event data recorder in the back locomotive was not working.

While there is a black box in the front cab, it's been buried under debris for days.

But the broken black box in the back locomotive is a serious safety violation according to rail experts who tell Eyewitness News the back locomotive would have been the lead car on its return trip, had the train not crashed and therefore was required to have a working data recorder.

It begs the question, how many other event data recorders on NJ Transit trains are not working?

"We have other trains out there that might have a possible accident and we're not going, we might potentially not know why those accidents occur. It's incompetency at its highest levels," Maloney said.

There's also growing interest in the weight of the train.

On the day of the accident, it was short one car forcing passengers to crowd into four rather than the usual five cars, delays by trains at earlier stations pushed even more onto the shortened train.

"The more weight you have the harder it is to stop that train, the more inertia you have. That inertia is the force," Maloney said.

It's believed the shorter trains are the result of under-funding of the railroad with cars, Eyewitness News is told, sitting in maintenance yards waiting for spare parts.

On another note, a source close to the investigation says fatigue is not a factor here since the engineer was returning to work the day of the crash after having two days off.
Related topics:
hobokenntsbhoboken train crashtrain crash
Copyright © 2022 WABC-TV. All Rights Reserved.
TOP STORIES
Wounded NYPD officer fights for life as funeral announced for partner
Man recovering after being shoved onto subway tracks
Mayor Adams faces growing challenge to make NYC streets safe
Teen shot in back of head among 3 injured in Brooklyn shooting
Family, friends remember fallen officer as kind-hearted young man
AccuWeather: Chilly with some sunshine
Deer rescued after falling through ice on Long Island
Show More
Family demands justice after 23-year-old woman found dead after date
Thousands of runners brave cold for NYRR Half-Marathon
5 tax changes that can boost your refund this year
Market drops 1,700 points, while inflation cancels out wage increases
Domestic incidents are highly dangerous for police officers: Experts
More TOP STORIES News