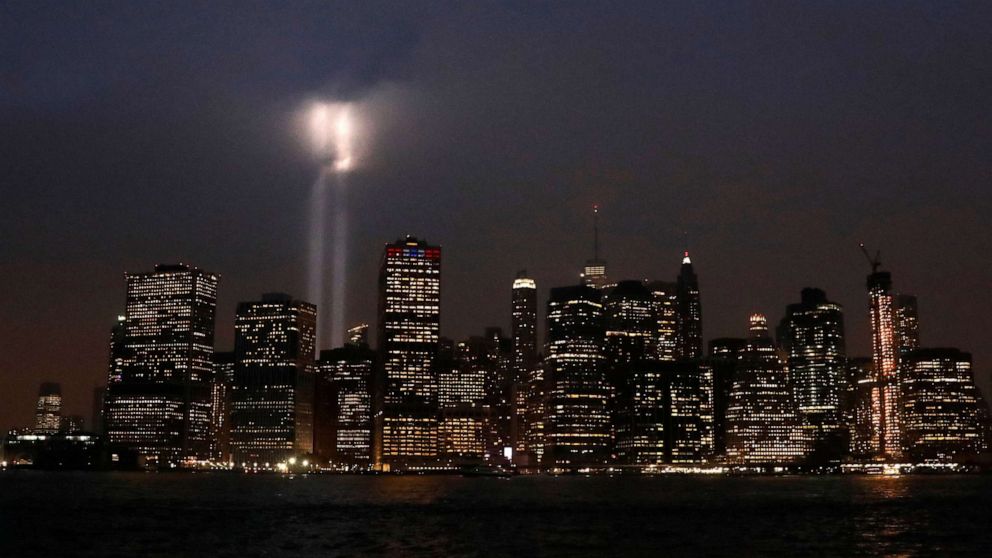 ABCNews
By EMILY SHAPIRO
Most children attending public school in New York state were not alive on Sept. 11, 2001. But current students and the generations to come will have a way to honor and understand the lives lost on 9/11.

A new law "allows for a brief moment of silence" in the state's public schools when the school day starts each Sept. 11. It's a way for students to learn about the terror attacks and "their place in history," according to the law.

"9/11 was one of the single darkest periods in this state's and this nation's history," Cuomo said in a statement, "and we owe it to those we lost and to the countless heroes who ran toward danger that day and the days that followed to do everything we can to keep their memory alive."

"By establishing this annual day of remembrance and a brief moment of silence in public schools, we will help ensure we never forget - not just the pain of that moment but of the courage, sacrifice and outpouring of love that defined our response," Cuomo said.

As a direct result of the terror attacks, 2,997 people died, most of them at the World Trade Center in New York City.