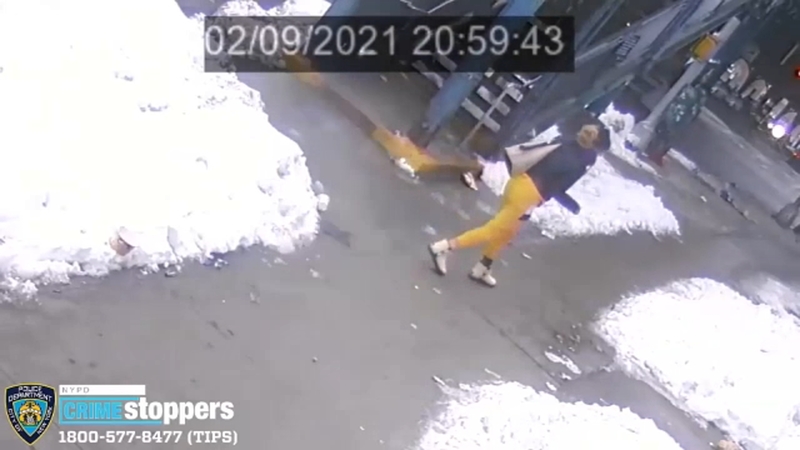 BRONX (WABC) -- There is new video of the woman wanted for shoving another woman onto the subway tracks in the Bronx.

Rosa Galeas, 54, says she was at the 174 Street Station Tuesday morning, when the woman walked up to her and shoved her.

As she tried to steady herself, the woman pushed her again, causing her to fall onto the tracks.

Fortunately, a good Samaritan lifted her back onto the platform before a train arrived.

She was taken to St. Barnabas Hospital to be treated for her injuries.

The incident is the latest in a troubling string of shoving incidents that date back to last fall.

There have been five incidents this year.

The mayor on Tuesday insisted the subway is safer than years ago despite the recent uptick in crime.

But for commuters like Galeas, Tuesday's incident was a nightmare come true.

"I always have that fear-that someone could hurt me," she said.

"How many more times can we say this? While we appreciate the partnership of the NYPD and our own police, these kinds of unprovoked attacks tend to have mental illness as the root cause. The city simply has to do more -- and quickly," she said.

The suspect is described as a white woman, approximately 25 years old, wearing yellow pants and a black jacket.