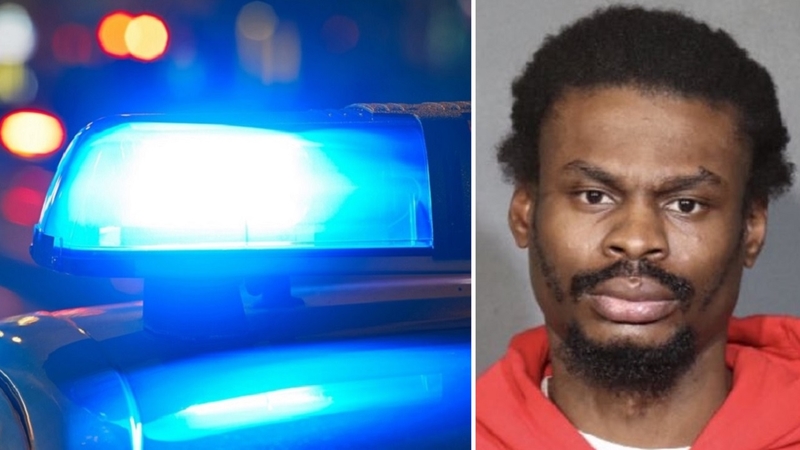 BROWNSVILLE, Brooklyn (WABC) -- Police have arrested a man who they say dragged an NYPD lieutenant during a car stop in Brooklyn.

As stated below, he was caught after today's incident on Long Island with the help of Suffolk County Police Department and brought back to the 101st precinct.

Officials say Takim Newsom, 32, was blocking traffic and had improperly tinted windows when police approached him on Rockaway Parkway in Brownsville just before 4 a.m. Friday.

As the lieutenant was talking to Newsom, Newsom suddenly threw his Mercedes Benz into reverse, dragging the officer as he sped away.

The lieutenant sustained injuries to his arms and legs. He was taken to an area hospital in stable condition.

On Friday, police found Newsom's car near idling near 661 Grassmere Terrace in Far Rockaway. He then escaped, stole a green Jaguar near Beach 9th Street and Beach 12th Street and fled the scene. He was then captured on Long Island with the help of Suffolk County police officers.

Newson was recently arrested for a Valentine's Day bar shooting in Jamaica, Queens. He was released without bail during his arraignment at the beginning of April.

He has more than 20 prior arrests, including two incidents of shots fired at police in 2008 and 2011. He is also a reputed member of a Far Rockaway, Queens gang.

Newsom is set to be charged with assaulting the officer at a later date.