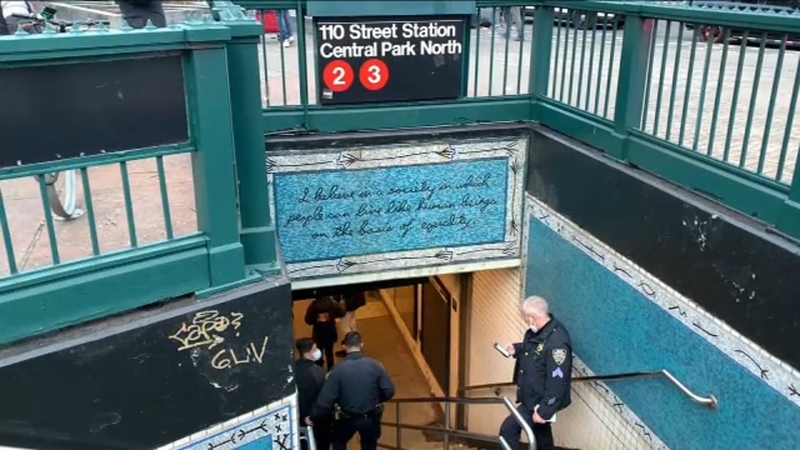 Naked man electrocuted during fight on subway tracks in Harlem

HARLEM, Manhattan (WABC) -- A naked man was electrocuted after a fight at a subway station in Harlem.

Police say the naked man, who appeared to be emotionally disturbed, pushed another man onto the tracks at 110 Street-Central Park North station around 4 p.m. Saturday.

WATCH | Cellphone video captured the moment the man pushed the other rider onto the tracks with a train fast approaching:
EMBED More News Videos

WATCH: Raw video of a fight on a Harlem subway platform that caused a naked man to be electrocuted.

Lawreese Fluellen saw it all go down, and stood there in shock.

"I see a gentleman out on the tracks, and there was another gentleman trying to help him, then this naked guy just jumps down," he said

The two other men are expected to be okay - one went to St. Luke's with non-life-threatening injuries.

Jim Dolan has an update on a crash with a police cruiser that sent an SUV into a home in North Babylon.