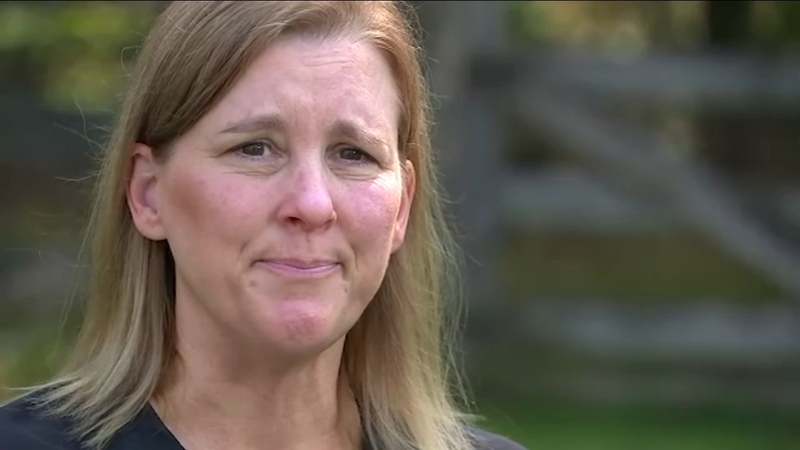 CALIFON, New Jersey (WABC) -- For Kellie Kenny her return to the New York City Marathon after two decades comes with a heavy heart remembering the close friends she lost on 9/11.

A pain that is easy to understand.

The South Carolina native moved to New York to work at Canter-Fitzgerald, the company that lost more employees than any other when the first plane crashed into the World Trade Center that September morning.

Kellie had moved to another company, located in the south tower before 9/11.

She made flags with the names of the close friends, who she lost on that terrible day.

"I remember every day," said Kenny. "They're with me every day and they'll be with me. They always are, but they'll be a little more present than i allow them to always be."

Kellie wore the flags when she ran the marathon in 2001. It was tough to run less than two months after the World Trade Center disaster.

"Running became difficult in the immediate aftermath of 9/11 because it was lonely," said Kenny. "Something that I loved right, just being out and it made me think. It made me hurt, and I would often start to cry and come home."

With encouragement she pushed ahead.

"Then I said it's gonna be all about those that we lost and the courage of the families to move forward you know, the children to move forward," said Kenny.

And as we move forward to the 2021 Marathon, Kellie will wear the same flags she did 20 years ago honoring her close friends.

Kellie still thinks about everyone she knew, with survivors guilt cause she was late to work on September 11th of 2001.

"I did feel like on the 20th year I didn't want to have panic attacks," said Kenny. "I want to put my running shoes on and I want to run over the Verrazano Bridge."