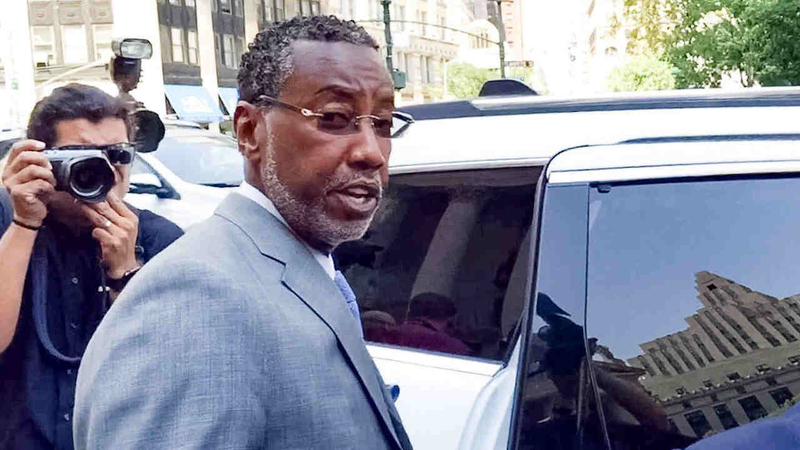 BRONX, New York -- A former union boss who was once thought of as the king of New York City's jails may be headed to federal prison.

A jury in Manhattan on Wednesday convicted Norman Seabrook, the former head of the union representing guards at the troubled Rikers Island jail complex, of honest services wire fraud and conspiracy.

Seabrook maintains he is innocent of charges he accepted $60,000 in bribes in exchange for investing millions of dollars in union pension money in a risky hedge fund.

For two decades, Seabrook was head of the New York City Correction Officers' Benevolent Association and was a powerful figure in political circles. Some wardens said his control over the jail rivaled their own.

Seabrook was convicted partly on the testimony of the man who persuaded him to invest in the hedge fund run by Platinum Partners. That witness, Jona Rechnitz, who was also a lavish political donor to Democratic Mayor Bill de Blasio, told jurors he talked Seabrook into the investment on a free trip to the Dominican Republic, then later handed off $60,000 in a designer bag.

"If they had a Nobel Prize in manipulation, Jona Rechnitz would be a recipient," Shechtman said. "You can fault Norman Seabrook for falling for Jona Rechnitz's act."

Seabrook, 58, was charged in 2016. His first trial ended with a deadlocked jury, and prosecutors put him on trial again. Jury deliberations in his retrial began Tuesday.

Jurors initially delivered a split verdict Wednesday, convicting Seabrook of honest services fraud but telling the judge they were deadlocked on the conspiracy charge. But after further deliberations, they came back with a guilty verdict on the conspiracy count later Wednesday.

Rikers has long been seen as troubled by violence among inmates, excessive force by guards and avoidable prisoner deaths. A Department of Justice investigation found in 2014 that there was a pattern of excessive force and violence that violated the rights of adolescent prisoners. City officials are closing the jail and replacing it with smaller institutions they hope will be more humane.