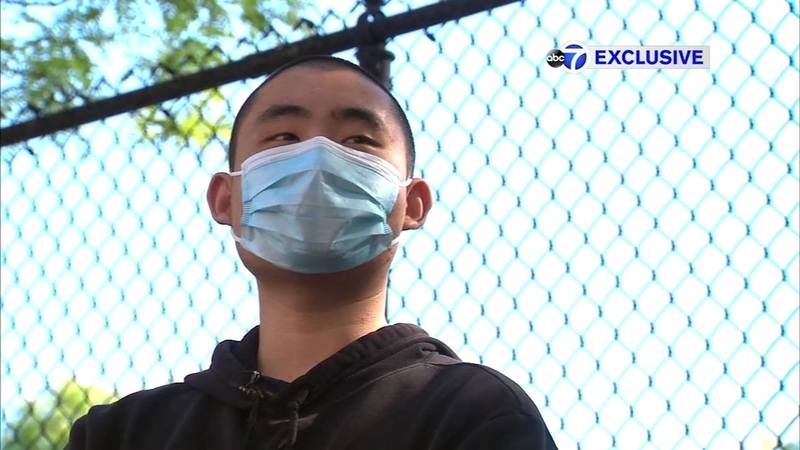 REGO PARK, Queens (WABC) -- It is a racial slur that would set off any Asian American.

15-year-old Cai was in a playground in Rego Park, Queens with two friends on May 1, when two other teens started harassing them.

Cai wasn't going to take it.

Cai thought he had made his point, but the teen did not back down. He noticed the two teens were on the phone - they were calling for backup. Moments later, three others arrived. There were now five of them.

Cai stood his ground, and again they were backing off - but when he was walking away with his back turned towards them, they jumped him. What followed was a relentless barrage of punches to the head.

"I feel like they really wanted me dead, I was pretty scared, I would say," said Cai.

The beatdown left his head bruised and his eye swollen. He had a headache for weeks.

Police arrested three of the five suspects - two 14-year-old boys and an 18-year-old girl. They were charged with misdemeanor assault and harassment.

"What happened to the 15-year-old in Queens is totally unacceptable," Seawright said.

As for Cai, he says he had planned to remain silent, but then he changed his mind.

"My mother really made me realize this is not only about me. This is about the community," he said, "If nobody speaks up, if everybody does the same as I do usually, no change will happen.