Police: Man attacks bus driver on Staten Island after electric scooter not allowed on board 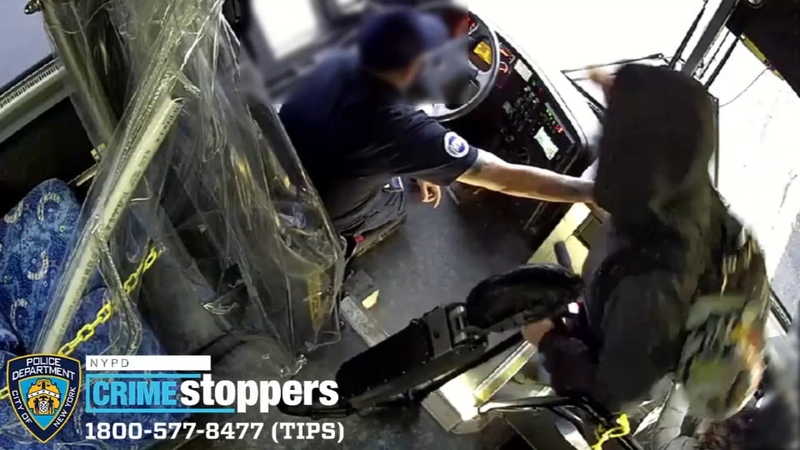 CONCORD, Staten Island (WABC) -- The NYPD is trying to identify a suspect who attacked a bus driver on Staten Island.

Police are searching for the man who attacked a bus driver on Staten Island after he was told his electric scooter was not allowed on board.

The assault was caught on surveillance video on the SIM10 bus at the intersection of Fingerboard Road and Narrows Road South in the Concord section back in May.

The suspect hit the driver after he was told he couldn't bring his electric scooter on board.

The MTA does not allow scooters or bicycles on most buses.

The suspect was carrying a distinctive helmet.

The driver was not seriously hurt.

"There's no excuse for assaulting a bus operator, period. We appreciate the NYPD pursuing the perpetrator and hope the public will assist in getting justice for a transit worker who was trying to do his job."

(Previous coverage) Police in Nassau County are searching for the gunman who killed one person and injured two others at a party.