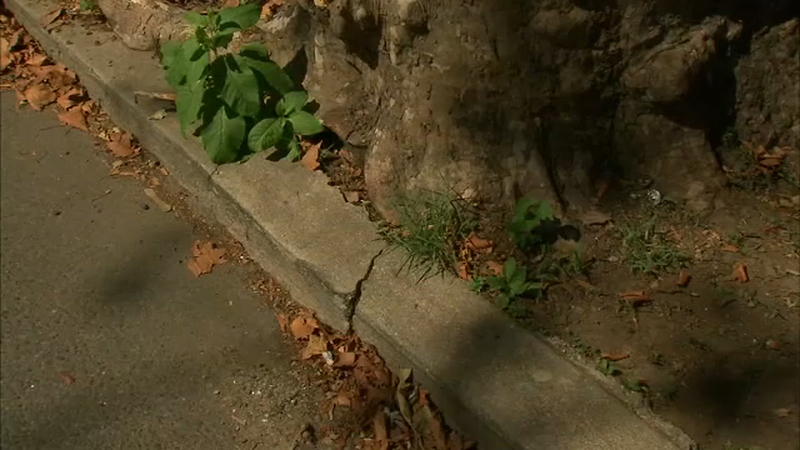 NEW YORK CITY (WABC) -- New York City officials are getting at the root of the problem when it comes to cracked sidewalks.

Mayor Bill de Blasio announced Tuesday that the city will now pick up the tab to repair sidewalks damaged by city-owned trees, and the city will also ramp up sidewalk repairs under the "Trees and Sidewalks" program to address 5,500 priority sites over the next three years.

Previously, homeowners were responsible for fixing the damage under threat of fines.

"We're not just fixing broken sidewalks, we're fixing a broken system," de Blasio said. "We tripled funding for tree related sidewalk repair, but homeowners were still on the hook for problems they didn't create. As a homeowner, I know how frustrating that is. Now, if a street tree causes damage, we're taking care of it."


The city will stop imposing liens on one-, two- and three-family properties that have sidewalk damage caused solely by city trees, and while the DOT and the Parks Department will still inspect for dangerous sidewalk conditions, the city -- not the homeowner -- will be responsible for fixing them if they are exclusively tree related.

The DOT will review the 50,000 existing notices of violation to determine which were caused exclusively by street trees and cancel the lien for any that meets the criteria, de Blasio said. If the homeowner of the qualifying property is selling or refinancing their home, the city will expedite this re-evaluation.

In 2005, the Parks' Department "Trees and Sidewalks" program was created to benefit homeowners by repairing severely damaged sidewalks impacted by street tree growth. De Blasio said this announcement builds upon the $16 million funding increase for the Trees and Sidewalk Repair Program in 2017.