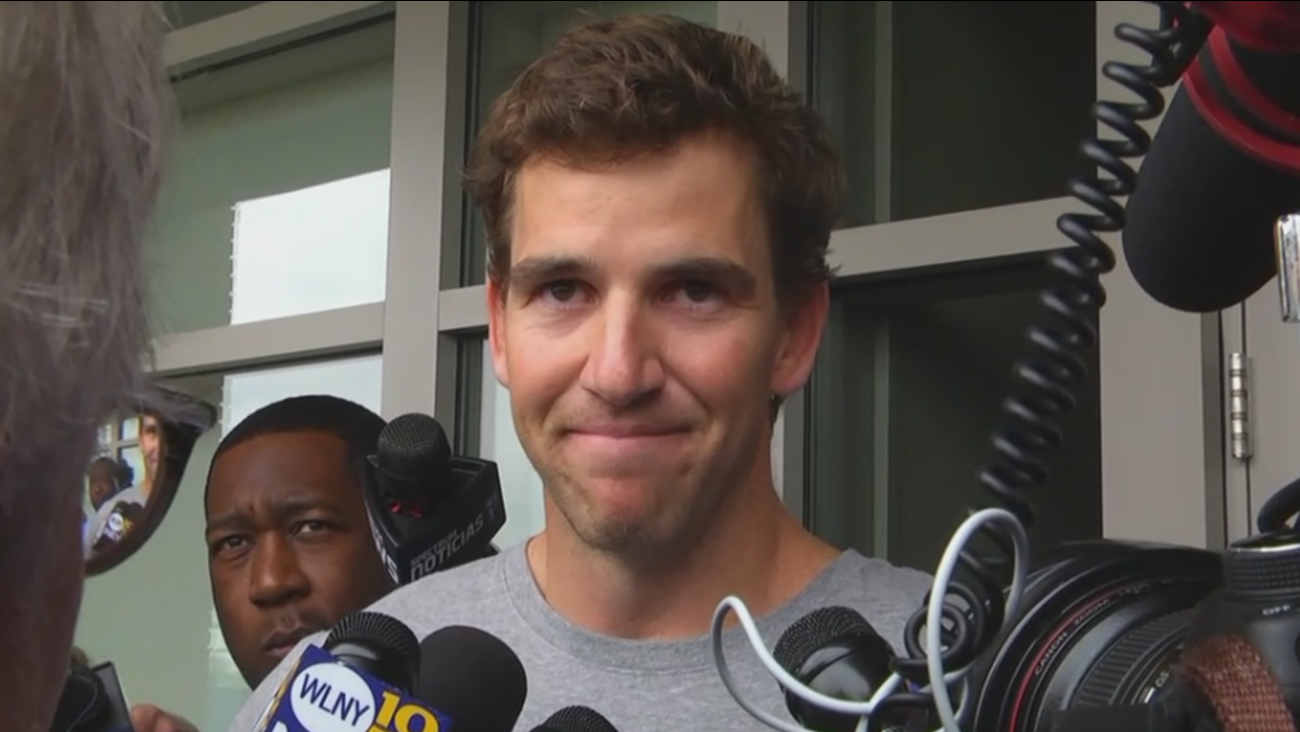 New York Giants quarterback Eli Manning talks to reporters about the memorabilia fraud charges against him in a lawsuit filed in 2014.

A civil racketeering lawsuit filed in court in 2014 resurfaced following emails obtained by the court showed Manning had tried to pass off team gear as "game worn."

Manning turned over a potentially incriminating email from 2010 earlier this month in connection with the lawsuit that claims the quarterback, the Giants and a team equipment manager knowingly provided memorabilia that was not worn in games.

According to court documents, in the email, Manning asked for helmets that can be passed as "game used."

Manning said he was angry about the claims and that the emails were "taken out of context."

The email was included in a court filing in Bergen County (N.J.) Superior Court by the plaintiffs -- collectors Eric Inselberg, Michael Jakab and Sean Godown -- who first filed suit three years ago.