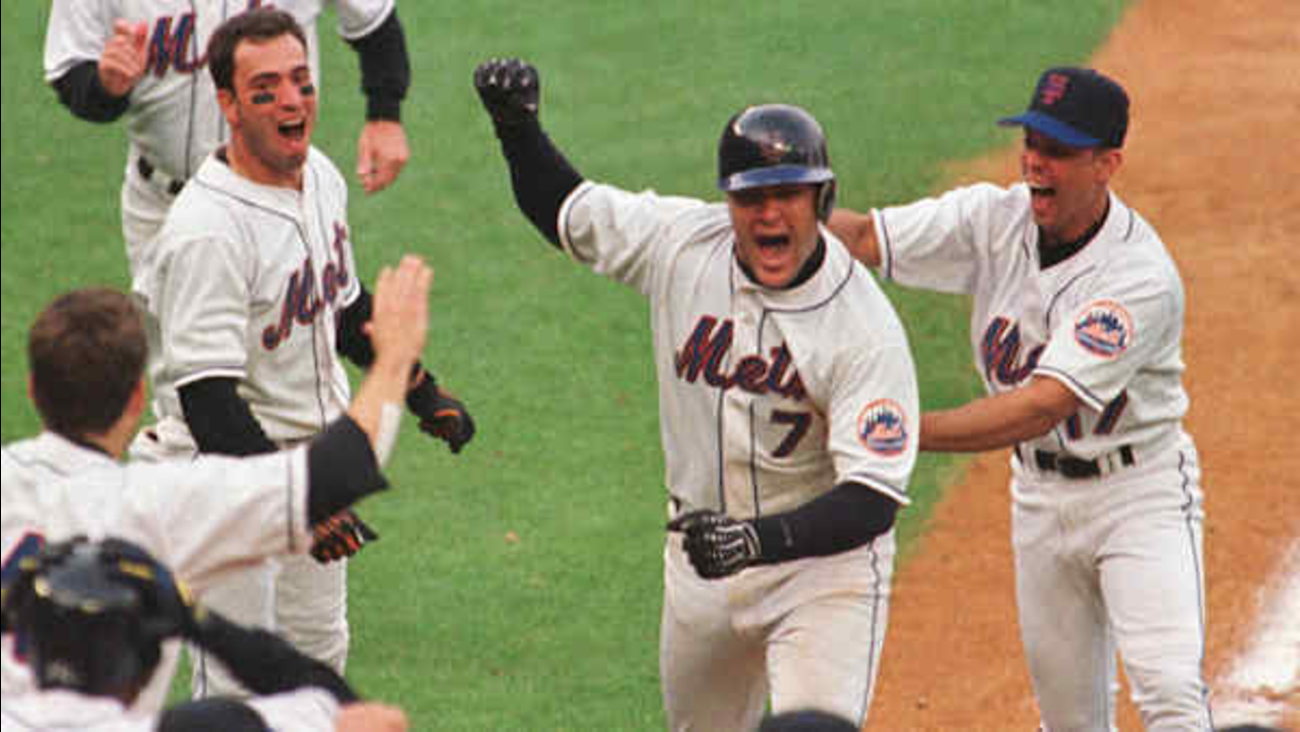 Todd Pratt celebrates with his teammates after hitting the game-winning home run in the tenth inning of Game 4 of the NLDS against the Diamondbacks Saturday, Oct. 9, 1999. (AP Photo/Bill Kostroun)

NEW YORK (WABC) -- With the score tied at 3 in Game 4 of the National League Divisional Series, seldom-used backup catcher Todd Pratt, only playing because of a thumb injury to star Mike Piazza, stepped to the plate. It was the bottom of the 10th inning in a back-and-forth battle that included both the Mets and the Diamonbacks rallying from one-run deficits, and John Franco had just mowed down the D-Backs in a 1-2-3 top half of the inning.

Against reliever Matt Mantei, Pratt launched a solo home run to center field that was just out of the reach of leaping outfielder Steve Finley. The 4-3 win propelled the Mets to the National League Championship Series, where they would fall to the Braves in six games, the last two of which went to extra innings.