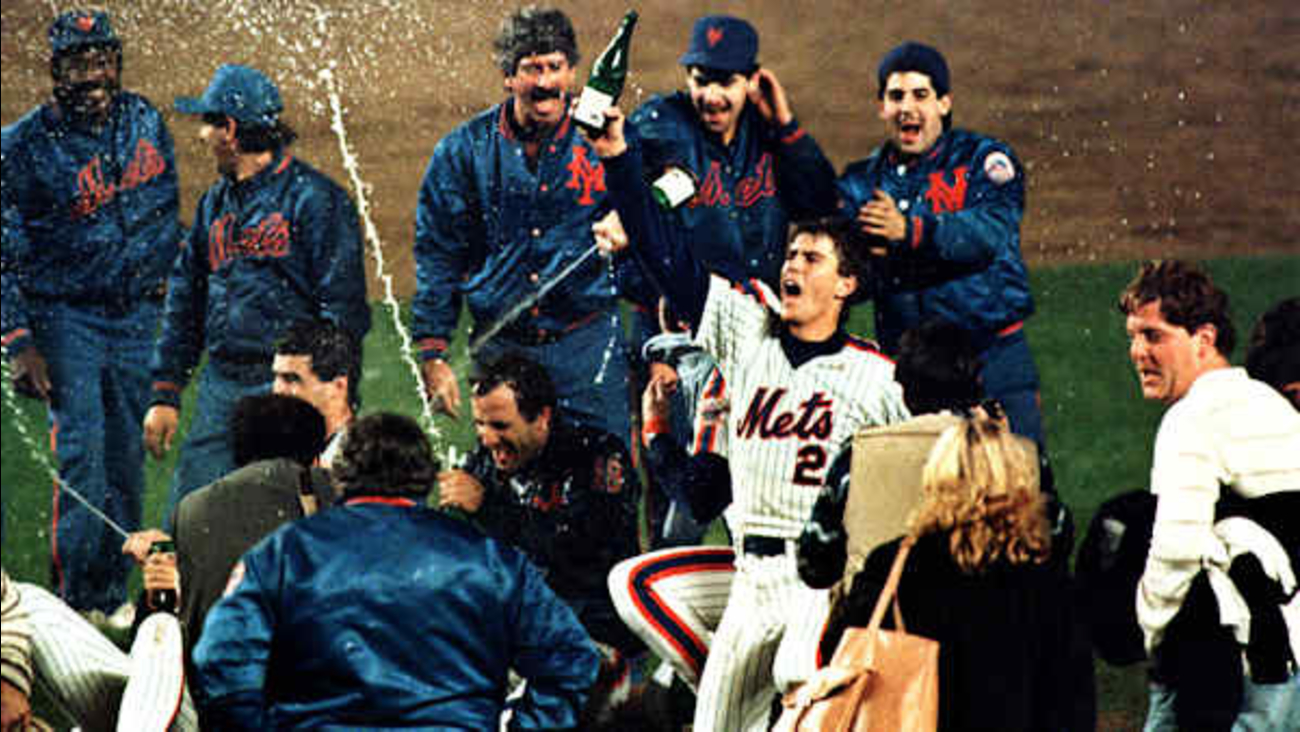 Kevin Elster and other members of the Mets spray champagne on the field at She Stadium, Monday night, Oct. 27, 1986. (AP Photo/Rusty Kennedy)

NEW YORK (WABC) -- Sure, the Mets rallied to win Game 6 of the 1986 World Series in improbable fashion thanks to one of the most notorious plays in baseball history. But they still had to win Game 7 to capture their second title. And it was no walk in the park.

The Red Sox jumped out to an early 3-0 lead, requiring the Mets to once again battle back from a deficit, as they had done all postseason. The rally started in the sixth inning, when the Mets plated three to tie the game on Gary Carter's RBI single. They scored three more in the seventh, taking the lead on Ray Knight's solo homer and adding runs on Raphael Santana's RBI single and Wally Backman's sacrifice fly.

The Red Sox cut the lead to 6-5 in the eighth, but Darryl Strawberry's mammoth home run and relief pitcher Jesse Orosco's RBI single gave the Mets a three-run lead and provided the final 8-5 margin after Orosco struck out Marty Barrett to end the game and give the Mets their second World Series title.