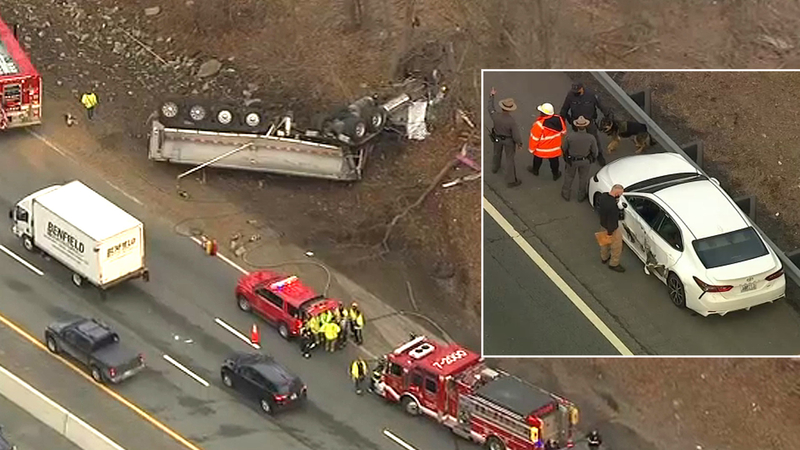 NEW YORK (WABC) -- One person is dead after a collision involving a tractor trailer and a passenger vehicle that shut down a section of the New York State Thruway (I-87) in Rockland County Friday morning.

The crash happened around 5 a.m. in the northbound lanes about half a mile south of Exit 14b in Ramapo.

Video from NewsCopter 7 showed the big rig lying on its side on the right shoulder of the highway. The cab appeared to have sustained significant damage.

The passenger vehicle, a white sedan, was located some distance away. It has sustained damaged to driver's side door.

All northbound lanes were shut down as police investigated and crews worked to clear the wrecked vehicle.

Police confirmed that one of the drivers was killed. There was no word on the number or extent of other injuries.

All northbound lanes were shut down as police investigated and crews worked to clear the wrecked vehicle.