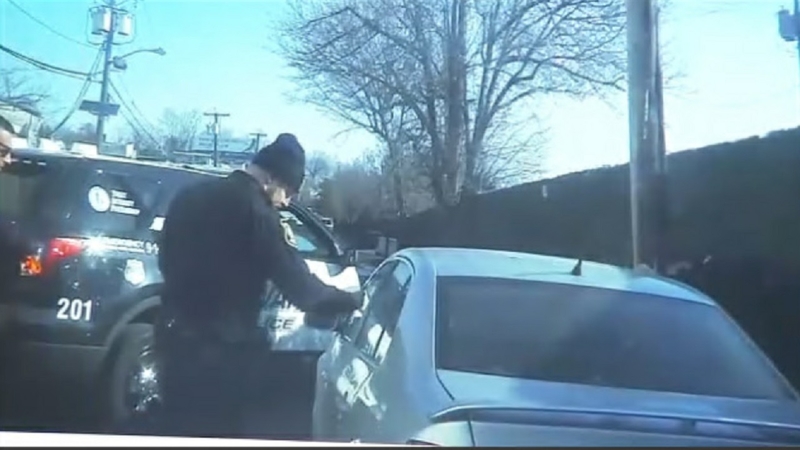 NEWARK, New Jersey (WABC) -- On Wednesday morning, Newark Police got a call about a person sleeping in a car stolen from Nassau County. Police were banging on the window trying to get the attention to the person in the car - and when the driver awakened, he stepped on the gas, slamming it into a police vehicle before taking off.

Up to 70 percent of the stolen cars in the city were taken after the driver left the vehicle running while stopping at a store or when they left the key fob in the car.

Newark Police Director Brian O'Hara feels that kind of irresponsibility be vehicle owners has to change and thinks insurance companies should refuse to replace cars when the owner has been careless.

"This is an opportunity that people are creating, and we just cannot get people's attention to stop and change their behavior, simply lock their car -- shut it off," said O'Hara.

Criminal Justice reform may have emboldened some juveniles to steal vehicles because chances are they will be released quickly after being arrested.

In the case on Tuesday, police recovered a stolen Dodge Charger in the back of a Newark home with a couple of 15-year-olds inside. The car was stolen at a 7-11 in Asbury Park on Monday. One teen was shot by police when the car started moving toward officers. O'Hara says the stolen cars that come to Newark add to the serious crime problem.

O'Hara says the thieves are using real estate apps to find homes for sale in wealthy neighborhoods and go there looking for high-end cars that are unlocked and the key fob left inside.