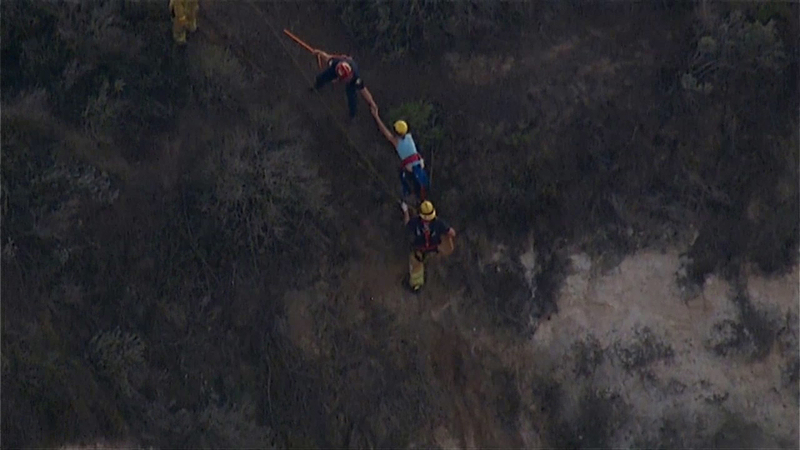 NEWPORT BEACH, Calif. -- A woman who attempted to help a dog from a cliff in Newport Beach had to be rescued by crews on Friday.

The Newport Beach Fire Department said the call came in at about 4:25 p.m.

Officials said the woman was near Back Bay Drive at San Joaquin Hills Road when she tried to help the dog on the cliff.

After she got down to the dog, she then became stranded herself.

A firefighter repelled down the cliff and helped fasten a harness to the woman. Crews then helped pull the woman, dog and firefighter up the cliff.