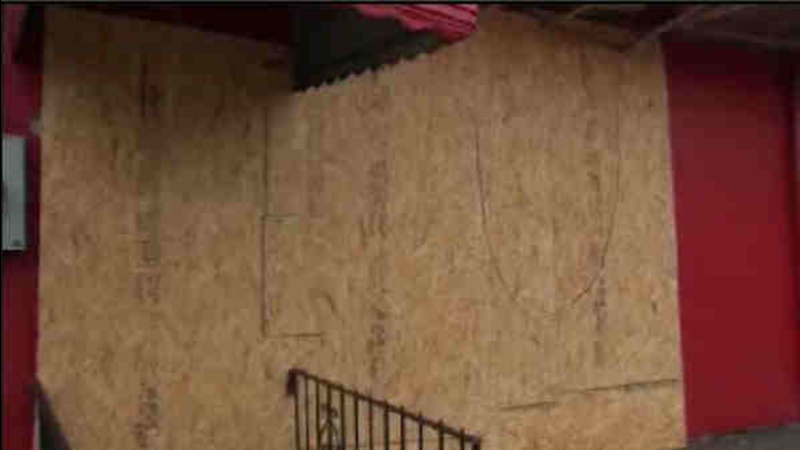 2 pedestrians hurt in hit and run

QUEENS VILLAGE, Queens (WABC) -- Two pedestrians were struck when an out-of-control car smashed into the side of a Queens restaurant.

The car hurtled off the street and slammed headlong into a fried chicken restaurant.

A surveillance camera down the block captured the car, five seconds before the impact.

It happened at about 12:30 a.m. Tuesday and the restaurant was open.

No one inside was hurt, but police say two men standing outside were struck.

By the time police arrived, the driver was gone.

It happened at the corner of Springfield Avenue and Hempstead Avenue, and what caused the crash was still not clear.

Residents who have to cross the intersection say careless, speeding drivers are a fact of life in the area.

The men who were hit both sustained leg injuries. They were taken to North Shore-LIJ Hospital with non-life threatening injuries.