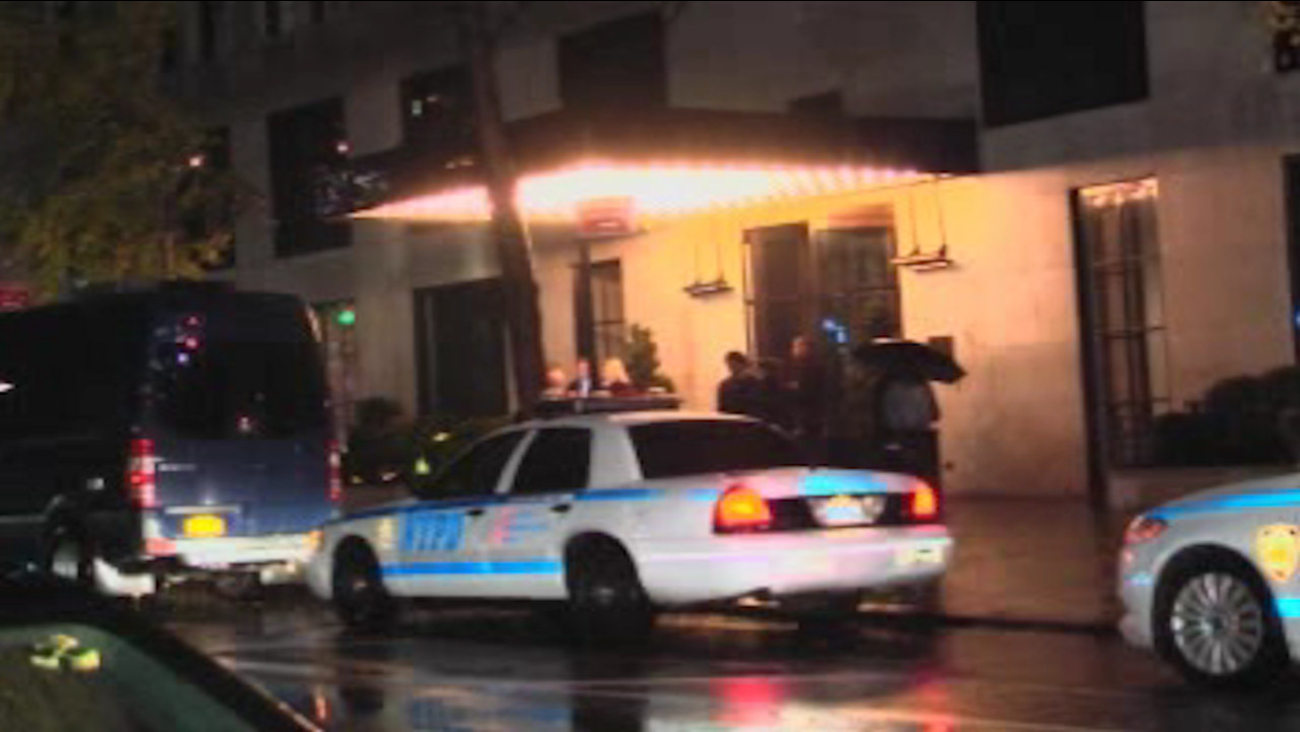 The four were taken into custody by the NYPD on Tuesday after authorities responded to a call of a gunman at the luxury boutique hotel.

The incident happened inside a hotel room just after 4 p.m., when a security guard was sent to investigate an anonymous complaint on the 11th floor of guests with multiple firearms.

The guard overheard through the door someone say something like, "Be careful with that. You don't want to get shot," and called police. Authorities say the two men and two women arrested were live streaming video of themselves holding BB guns.

NYPD ESU units removed the room's door and took the suspects into custody. At least six BB guns were recovered, as well as marijuana and other drugs, and credit and gift cards.

Videos from the scene show police leading the suspects away.

One other person taken away now. All clear. pic.twitter.com/5rAPT16e7b

They are charged with weapons possession, marijuana possession and possession of drug paraphernalia.

The hotel released a statement, saying, "We are fully cooperating with the authorities, and as this is an ongoing investigation we are unable to provide additional information at this time. Due to the ongoing investigation, inquiries should be directed to the NYPD."
Related topics:
gramercynew york cityarrestnew york citynypdmanhattan newsbb gunarmed robbery
Copyright © 2021 WABC-TV. All Rights Reserved.
TOP STORIES
At least 1 dead in Florida building collapse; 35 people pulled
Exclusive: Firefighters rescue teen trapped in dressing room
NYC Pride: Everything you need to know
AccuWeather: Gorgeous again
Adams takes lead in NYC mayoral primary, Wiley and Garcia hold on
Who's left and what's next in the race for NYC mayor
NYC mayoral primary: How did your neighborhood vote?
Show More
Man shot in the mouth while driving on FDR Drive
Man struck by hit-and-run driver in Brooklyn while unloading car
NY lifts COVID state of emergency, last call for to-go cocktails
What should I know about the delta variant?
COVID Updates: CDC says no booster shots needed yet
More TOP STORIES News