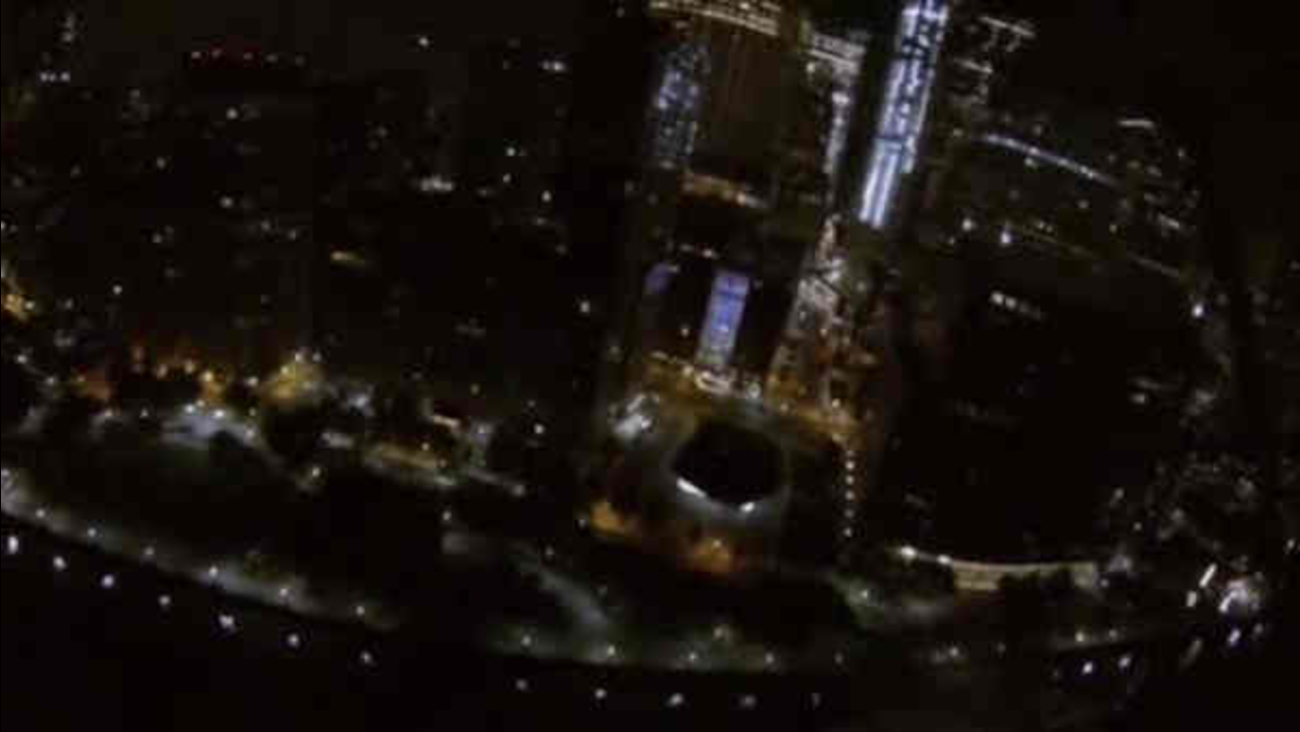 NEW YORK (WABC) -- Jurors will continue to deliberate Monday in the case against three men accused of basejumping off One World Trade Center.

The jury was deadlocked Friday after all day deliberations.

The three men are facing felony burglary and other charges in the 2013 stunt, which was captured on video.

James Brady, Marko Markovich, and Andrew Rossig acknowledged they made the jump, but argue they did not present a danger to anyone on the ground.

This video shows the view from a camera strapped to the head of Markovich.

Prosecutors released the statements they made to detectives during the investigation.

Hartwell, who videotaped the jump, told detectives that Brady used his job as an ironworker at 1 WTC to get them in the building. He also snuck the parachutes in before the jump.

Brady and Markovich initially denied to detectives that they had anything to do with it. Additionally, family members of 9/11 victims wrote a letter to Justice Charles Solomon asking for leniency because the men exposed poor security at the site.

"If these men were able to easily slip through a hole in the fence and encounter no security, then there is a huge problem at the WTC site, and no lessons were learned from the nearly 3,000 people who perished on 9/11, including our heroic sons," wrote retired FDNY Deputy Chief Jim Riches and Sally Regenhard, of the 9/11 Parents and Families of Firefighters and WTC Victims organization.

NYPD Commissioner William Bratton said the arrests were made as a result of a nearly six-month investigation conducted jointly by the NYPD Intelligence Division and the Port Authority Police Department that involved an extensive review of video footage from the area around the World Trade Center site, as well as other electronic and photographic evidence.

"A peaceful, quiet moment looking at the world from a different place, a place that most people don't ever get to see," Rossig told Eyewitness News. "It's six months after the fact, and we were a little bit shocked that they spent that much time and energy continuing to pursue something that they knew was not a terroristic act."

At the time of the incident, Brady was a construction worker assigned to 1 World Trade who had access to the site.

"It was illegal, you know, we never meant to upset anybody or anything like that," Brady said. "It was a very simple thing. A positive, simple thing...I don't know. Just trying to just put my life back together, get back to normal."

The men kept the jump and the video a secret at home until police showed up with search warrants.

"Our intent was never for this to go public," Rossig said. "We never posted the video footage. People didn't know about it. We kept things quiet. As far as we were concerned, no one ever needed to know."