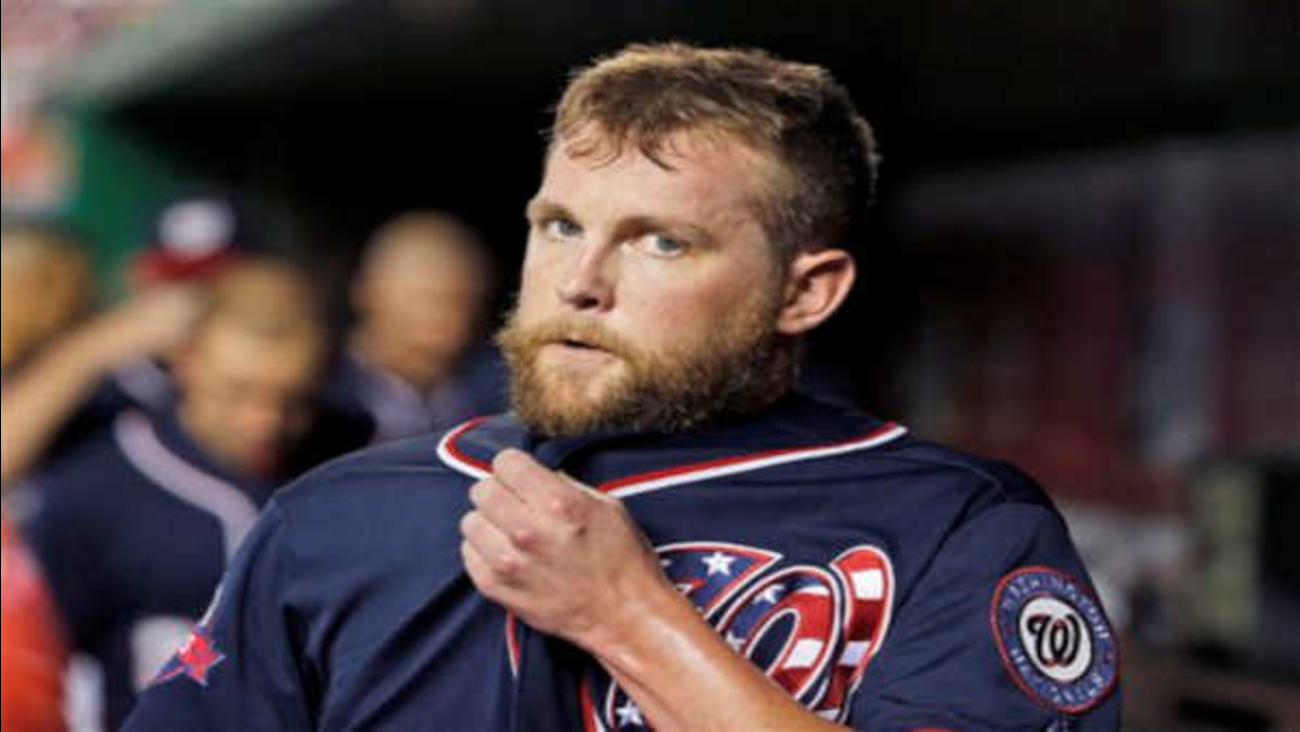 WASHINGTON -- The stumbling Washington Nationals are now hurting themselves.

Right-hander Drew Storen broke his right thumb slamming the lock box in his locker in frustration Wednesday after giving up the go-ahead homer to Yoenis Cespedes in the eighth inning, helping the NL East-leading New York Mets complete a three-game sweep.

Washington didn't learn of the injury until Storen was unable to throw Friday in Miami. The reliever then told the team what happened, and an X-ray revealed the extent of the injury, Williams said.

Storen flew back to Washington on Saturday to be examined by a hand specialist.

The reliever's reaction to the injury?

"Regretful that it happened," Williams said, "and a little bit embarrassed about it, of course. He's a competitor, and he was frustrated and made a mistake."

Like his teammates, Storen has struggled lately. He walked three batters Tuesday when the Nationals blew a six-run lead against the Mets, who padded their cushion in the NL East with the sweep.

"He's a big guy lost for us, so some other guys will have to step in and do that job," Williams said. "It gets guys in some different roles for sure."
Related topics:
sportsmlbwashington nationalsnew york mets
Copyright © 2020 by The Associated Press. All Rights Reserved.
More Videos
From CNN Newsource affiliates
TOP STORIES