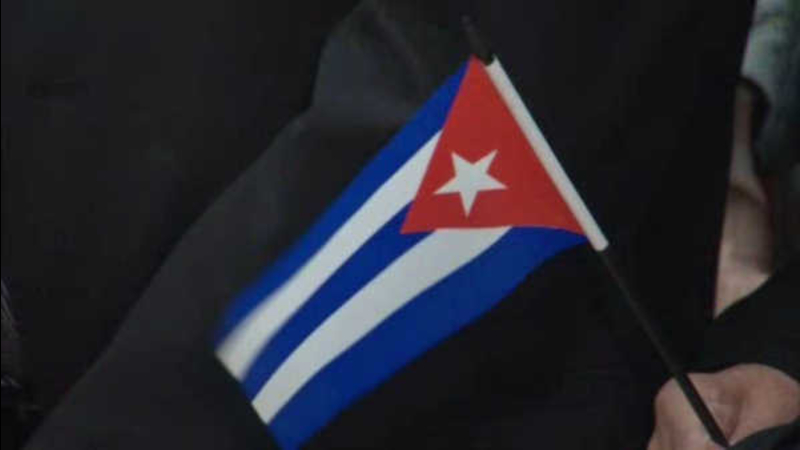 UNION CITY, New Jersey (WABC) -- On Saturday there were celebrations in Hudson County, New Jersey - the so-called 'Havana on the Hudson'. Many Cubans relocated to towns like Union City and West New York in search of political freedom.

At the Artesano cafeteria, the passion fruit and papaya shakes are flowing - flowing like the conversations over Fidel Castro's death.

Artesano is the most popular restaurant in the heart of the Cuban-American community in Union City. There is no shortage of Cuban pride hanging on the walls - there is also no shortage of opinions about Castro.

For Susanna Caparros, the long-awaited news of Fidel Castro's death is bittersweet, because she says change in her home country has already occurred.

"What can I capture that I lost? What can my family regain? We were separated - we ended up living all over the world. I saw my grandparents for three weeks after 25 years," says Caparros.

Fernando Villar is also among the many whose family experienced Castro's oppression. His late father served nine years as a political prisoner before eventually fleeing.

"For me this isn't a cause of celebration. I'm not lamenting either - I think this is a way forward for the Cuban people themselves to take that stigma off one man who basically ran a country. Give the power back to the people," said Villar.

"I left Cuba when I was 11 years old, and I did witness the oppression, I did witness the tyranny and the disrespect for human life. Now, hopefully things will start changing, and I'm hoping Raul will realize this is not forever," said West New York Mayor Dr. Felix Roque.

At the union headquarters, Mayor Roque, along with U.S. Senator Bob Memendez said they found no real joy with too many families being torn apart - too many killed and imprisoned, too many tortured, too many hungry.

"In his famous courtroom speech, Fidel Castro said 'history will absolve me'. Well, no, Fidel, history will condemn you, and it will condemn us if we do not help the Cuban people," Senator Menendez adds.