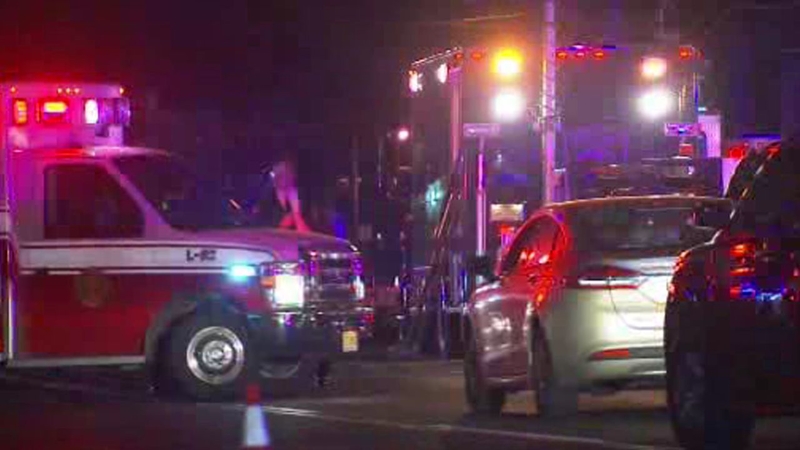 LINDEN, New Jersey (WABC) -- Police in New Jersey along with the Union County bomb squad are investigating to find out who was responsible for a bomb scare Tuesday night.

The device was found on the 1100 block of W. St. George Ave., in Linden outside of a convenience store.

Later determined to be a hoax, it was connected to a payphone with wires and appeared to have dynamite inside of it.

According to Linden Mayor Derek Armstead, the device was disrupted. Authorities detonated it inside of a containment unit and confirmed it was a hoax.

On Wednesday morning, Armstead reassured the city on Facebook that there was "no further danger to the public."

"Our law enforcement personnel will remain vigilant in the days and weeks ahead to find out the source of this elaborate hoax causing a great deal of disturbance and tying up resources and personnel," it said.

"Although we are certain that this was an isolated incident, residents are asked to remain vigilant. If you see something, say something."

The FBI is investigating because an official said the device "looked authentic."

"Thank you to the concerned citizen who first made us aware of this suspicious device. This event, like so many others we have seen, truly highlights the significance of the police-community relationship, and how important it is for our friends and neighbors to remain vigilant. We cannot do it without you." said Chief Jonathan Parham, Linden Police Department.

Residents in two buildings in the area were evacuated, but were later allowed back in.