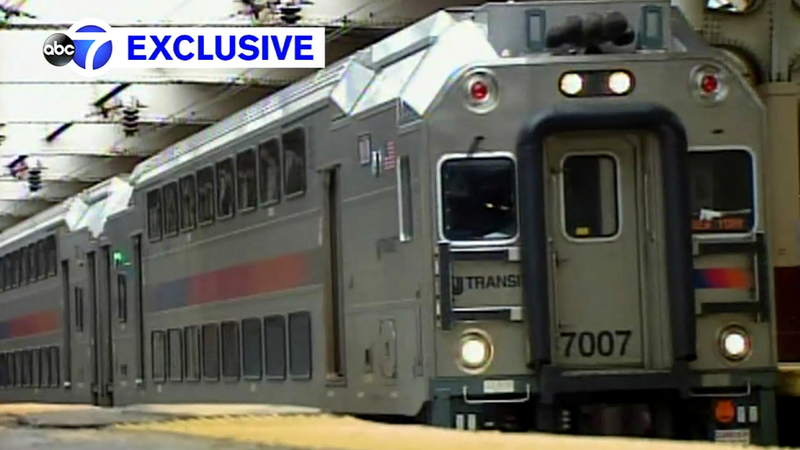 HOBOKEN, New Jersey (WABC) -- Nearly six months after a fatal train crash in Hoboken, New Jersey, more than half of New Jersey Transit's engineers remain untested for the same disorder the engineer on duty was diagnosed with after the incident.

An Eyewitness News investigation found only one engineer per day is being tested.

NJ Transit engineer Thomas Gallagher had classic sleep apnea characteristics, including obesity and a large neck -- but his routine, annual physical found him to be "fit for duty" with no sleep disorder.

"We have a no tolerance policy," NJ Transit Chair Steven Santoro said.

7 On Your Side Investigators recently pressed the head of New Jersey Transit on how they screen for sleep apnea since the fatal crash.

Reporter: "Are you currently screening all of the engineers to see that they have sleep apnea?"
Santoro: "We are screening based on their physical regularly scheduled physicals."

"Regularly scheduled" means the engineers are screened only when they come up for an annual physical, the same as before the crash.

Eyewitness News learned that in the half year since the crash, 161 engineers have been screened for sleep apnea. That leaves 268 engineers -- more than 60 percent of them -- still untested for the disorder. 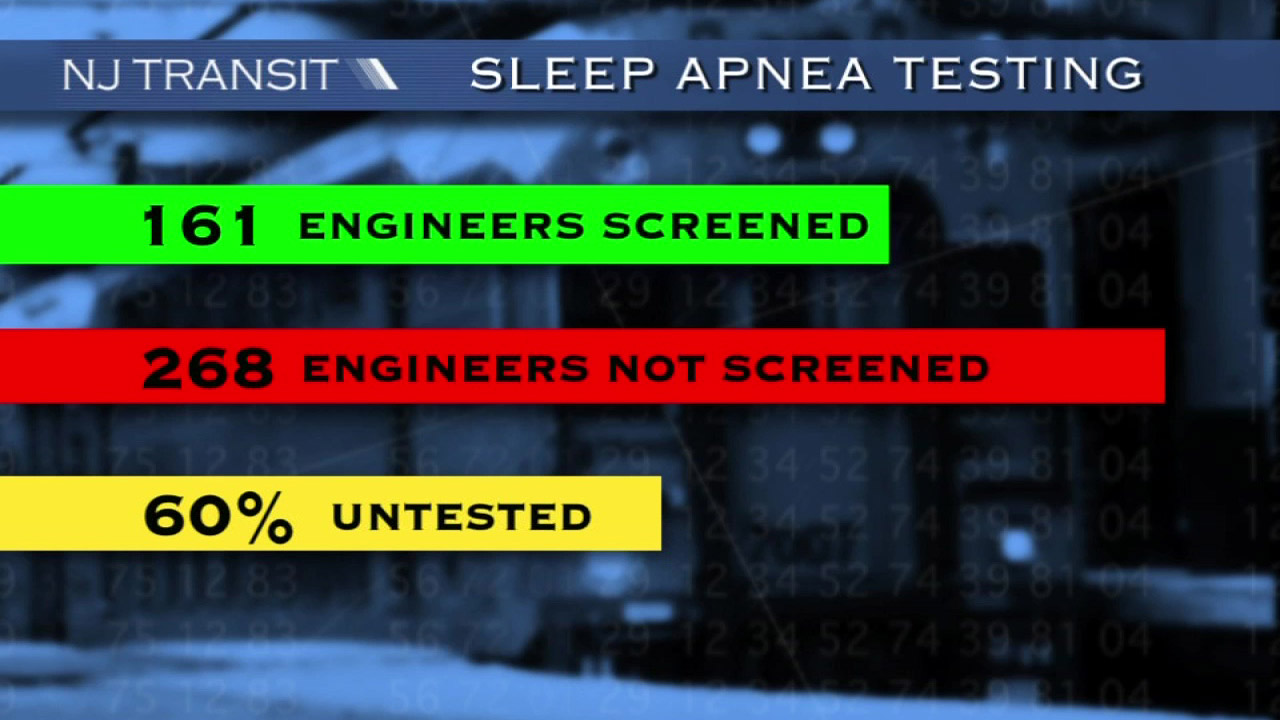 "It's such an easy thing to fix," said Linda Smith, sister of the woman killed in a 2013 Metro North crash.

Smith was sitting next to her sister on that train when the engineer fell asleep. The train flew off the tracks, killing her sister and three others.

She can't believe in the wake of a rash of rail accidents that all engineers haven't already been tested.

"My sister had sleep apnea and when she went to her doctor, the first thing she did was, I think it was five or six little questions on piece of paper," Smith said. "Do you snore at night, do you get up during the night are you tired? That's all it takes, the initial screening."

Testing for sleep apnea remains voluntary, even tough Congress in 2008 passed a Rail Safety Improvement Act calling on all railroad carriers to come up with a fatigue management plan that includes diagnosis and treatment for sleep disorders.

"When I voted for the rail Improvement Act in 2008, I didn't think in 2016 we still wouldn't have regulations about fatigue management," U.S. Sen. Robert Menendez (D-NJ) said.

Senator Menendez said when it comes to sleep apnea, the Federal Railroad Administration has failed in its key mission of safety:

"We need to make sure that people are being tested for sleep apnea sooner rather than later and that it's not a question of a voluntary response but a mandatory," Senator Menendez said.

New Jersey Transit, in response to our report, said since the accident they now immediately remove an engineer if they show signs of sleep apnea in their annual physical. Before, there was a 90-day waiting period.

In the last six months, they've removed 21 engineers for treatment.


Email your questions, issues, and story ideas to 7OnYourSideJim@abc.com, call our confidential tip line 1-877-TIP-NEWS (847-6397), or fill out the form above.