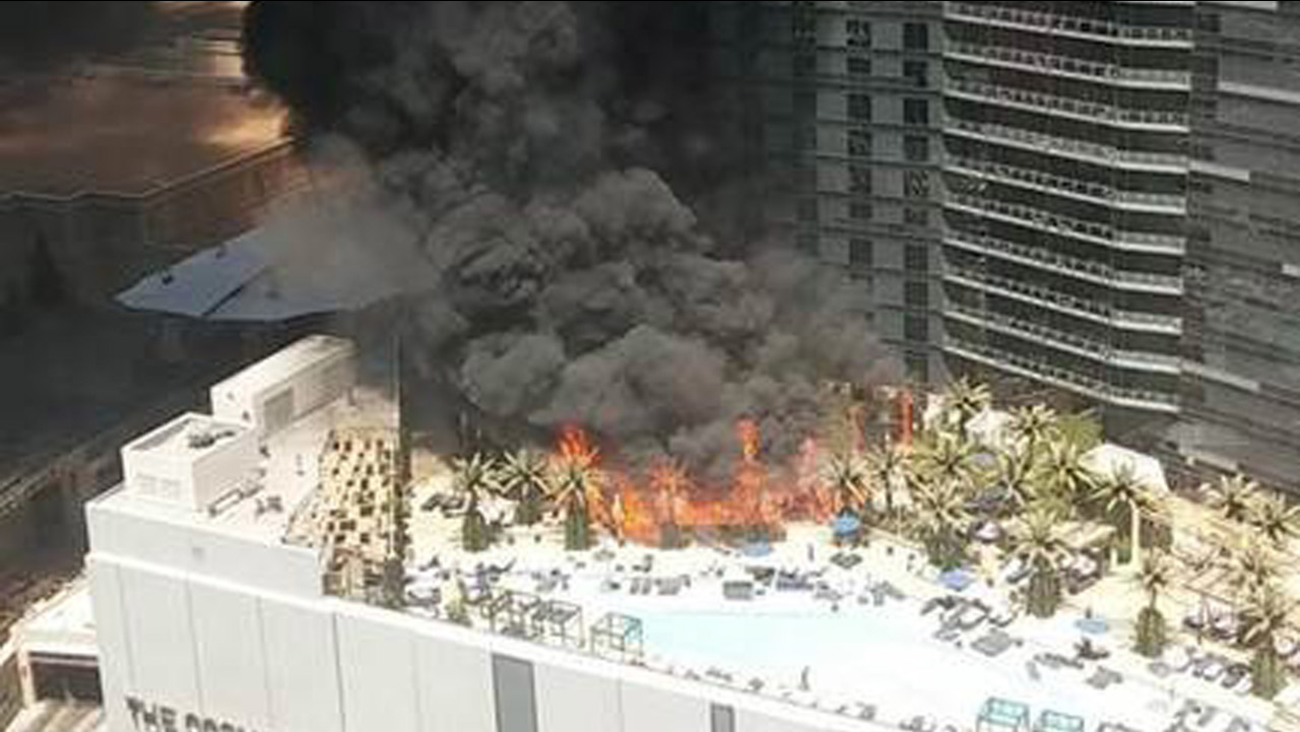 It took firefighters about 30 minutes to gain control of the blaze that broke out on the 14th floor of The Cosmopolitan of Las Vegas hotel, Clark County Fire Chief Greg Cassell said.

One person was taken to a hospital with smoke inhalation, fire officials said. A second person was treated for smoke inhalation at the scene. But nobody suffered any burns from the flames that ignited outside on the pool deck, Clark County fire spokeswoman Sandra Baker said.

The fire was first reported around 12:15 p.m. with multiple 911 calls coming in. The blaze quickly consumed pool cabanas, chairs and furniture, Cassell said. At least 110 firefighters were on the scene to not only battle the fire, but help with evacuations.

No flames ever made it into the hotel. However, smoke got into some floors above the 14th floor because the windows of some rooms were open. Firefighters were working with ventilation personnel to use temporary fans to get the smoke out.

The 14th and 15th floors in The Cosmopolitan's West End tower will remain closed until further notice, hotel officials said in a statement. The pool area, a fitness center and a spa will also be closed indefinitely. Some guests will be relocated within the resort or to other properties, hotel officials said.

It could be quite some time before the cause of the fire is determined, Cassell said. Investigators are interviewing guests and going through cellphone videos.

Julio Loredo of San Francisco was in his room on the 33rd floor of the neighboring Vdara hotel when his room started to darken. "We looked out the window, and there was ash hitting our window," Loredo said.

He then looked out a hallway window, where he saw guests fleeing The Cosmopolitan pool deck.

"People were running. We could see small explosions," Loredo said. "It was in less than a minute that it was completely engulfed."

He also saw people running out of the hotel doors and onto the Strip. "I've never seen anything like it before. It was unbelievable," Loredo said.