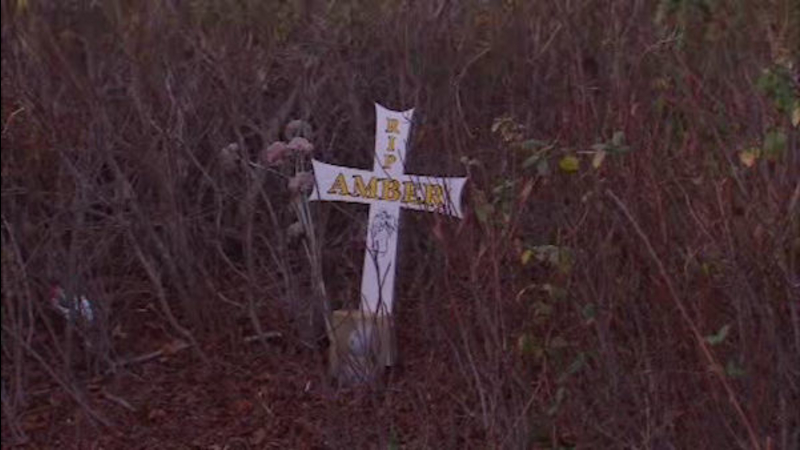 YAPHANK, Long Island (WABC) -- On the five-year anniversary of the discovery of the first remains linked to the Gilgo Beach killings, Suffolk County law enforcement officials are reviewing the crime scene along Ocean Parkway where 10 bodies were discovered between December 2010 and April 2011.

The new leadership in the department has vowed to take a fresh look at this homicide investigation, and they say reviewing the scene is an important step in continuing efforts to solve the case.

He walked past tiny memorials to victims, crosses in the brush now weathered by years of neglect.

His tour guide was Suffolk's New Chief of Department Stuart Cameron, who knows every inch of this once grisly scene.

"What do you feel when you see this again? It all floods back?" Eyewitness News Reporter Josh Einiger asked.

"It floods back. I realize what a herculean effort our department did to find all those sets of remains," Cameron said.

As an inspector, Cameron was in charge of the painstaking search through miles of thorny brush along Ocean Parkway, a serial killer dumping ground, the first victim's decomposed skeleton found five years ago to the day.

Now, with no known leads, and days after the former chief of department was arrested on federal civil rights charges, Cameron says it's time to call in the FBI.

"The FBI has a lot more experience nationwide investigating serial killers than we do, I'm excited about the new partnership with them," Cameron said.

The FBI was involved, for one day back in April of 2011, when it flew a Blackhawk loaded with classified gear up and down the coast looking for more bodies.

But when it comes to that investigative assistance, Suffolk investigators never requested the help, as the case grew colder and colder.

"Obviously we're not standing here with someone in handcuffs," Cameron said.

Timothy Sini, a former federal prosecutor now awaiting confirmation as police commissioner, would not address why the FBI wasn't asked for more help sooner. But he did say this: