Residents allowed back into homes following gas leak in Williamsburg 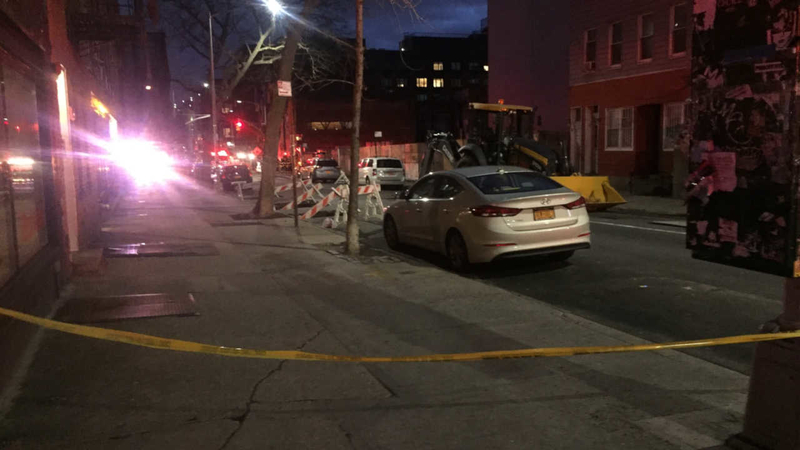 Brooklyn neighborhood at a standstill during gas leak

WILLIAMSBURG, Brooklyn (WABC) -- People in Brooklyn have returned to their homes after a ruptured main triggered a gas leak in Williamsburg.

Businesses were evacuated and people had to leave their homes while utility workers repaired the main.

Along Wythe Avenue in Williamsburg, inside Rosarito Fish Shack, it was like a moment frozen in time. Cocktails were partially consumed, but there were no customers to be found.

"We were going to go have tacos down the street, and now, no we are going up the street I guess," says Gillian Graham.

The night was a wash for some businesses along Wythe Avenue when the street was shut down between 6th and 7th, all after a resurfacing crew hit a high power line, sending gas pouring into the air.

"It's nauseating, like, I couldn't finish my clients, I had to leave work," says Nicole Rojas.

Fire crews believe there were others who couldn't get back into their homes. They waited for National Grid crews to arrive and turn off the gas.

After nearly four hours with no one being allowed to walk down the street or go back to their homes, the gas line break did its damage, ruining the night for some.

"Our doors were close - it's like permeating through the building," adds Rojas.

The smell of that gas was extremely strong, but the leak has been capped.