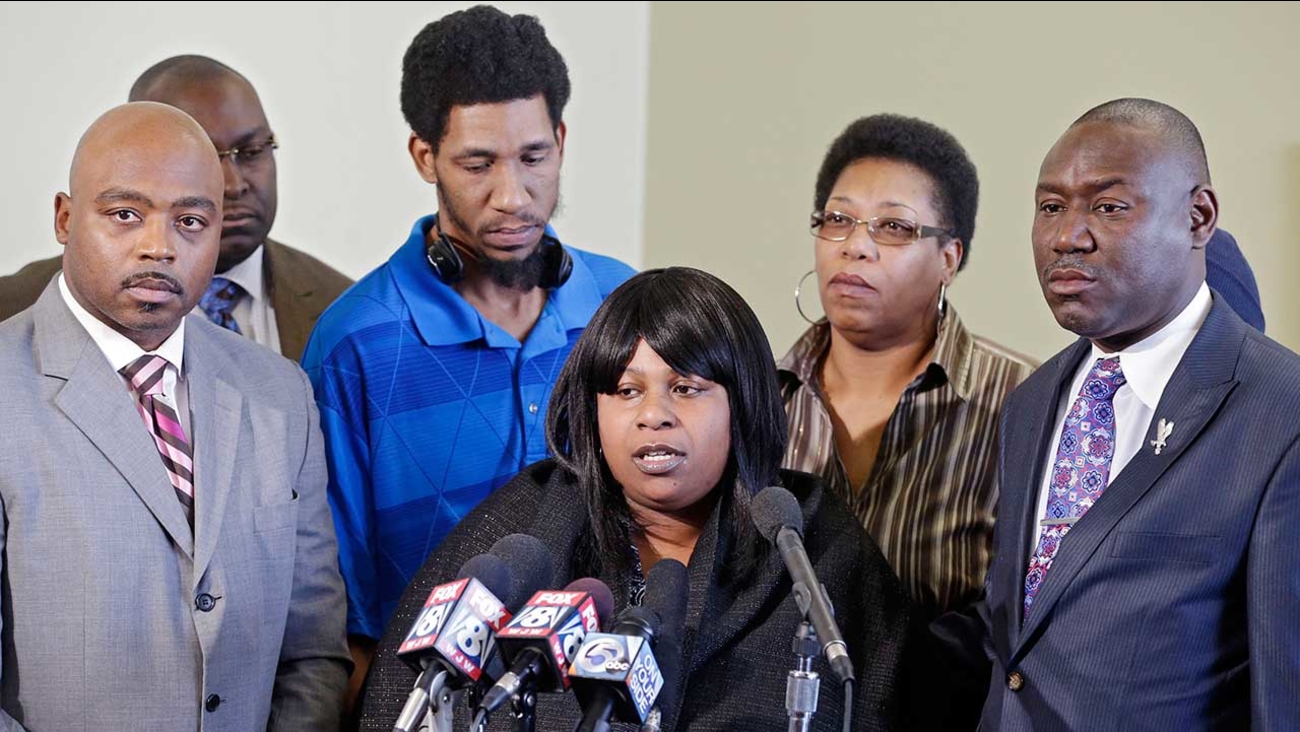 Samaria Rice, center, speaks about the investigation into the death of her son Tamir Rice, at a news conference with attorneys Walter Madison, left, and Benjamin Crump.

New video of the minutes that followed Cleveland police shooting 12-year-old Tamir Rice show officers pushing the boy's sister to the ground as she ran toward her wounded brother.

The surveillance video shows officers restraining the 14-year-old girl, whose name has not been released, before placing her in the back of a patrol car.

Tamir was shot by police on Nov. 22 as they responded to a report of a man with a gun. Tamir was carrying airsoft-type gun that shoots plastic pellets. According to the Associated Press, a police union representative has said the officers thought the gun was real and did not know Tamir, who was 5 feet 7 inches tall and weighed 195 pounds, was only 12 years old.

Tamir died the day after the shooting.

An earlier video clip released in the days following the shooting with the permission of Tamir's family had shown him sitting in a park as police arrived, but that video ended with Tamir being shot by Cleveland patrol officer Timothy Loehmann. The new video is almost 30 minutes long and was released after initial objections from the city.

"The family is outraged that rather than comfort a sister coming to the aid of her dying brother, the officers instead manhandled and tackled her, cuffed her and thoughtlessly tossed her in the back of a patrol car," he said.