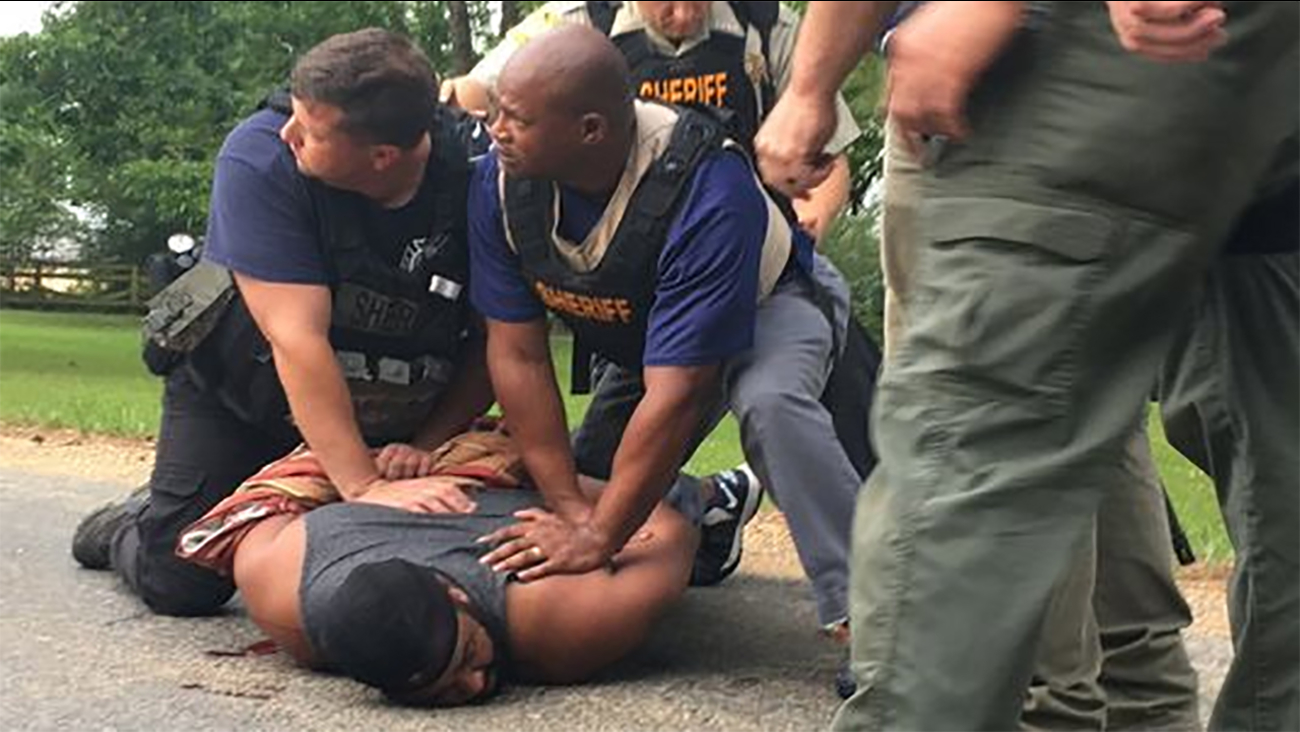 BROOKHAVEN, Mississippi -- Authorities in Mississippi said Sunday that a suspect is in custody after eight people were killed in a shooting, including a sheriff's deputy.

Mississippi Bureau of Investigation spokesman Warren Strain said the shootings occurred at three separate homes Saturday night in rural Lincoln County. Two of the homes are in Brookhaven and one is in Bogue Chitto. The area is about 68 miles (109 kilometers) south of Jackson, the capital.

Strain said investigators were gathering evidence at all three locations.

Strain said charges have not yet been filed against the suspect, who was arrested in Brookhaven, and that it would be "premature" to discuss a motive.

However, the suspect himself gave some insight into the events that led to the shootings in an interview with a newspaper.

"I ain't fit to live, not after what I done," Cory Godbolt told The Clarion-Ledger after his arrest.

The newspaper recorded video of the suspect talking as he sat with hands cuffed behind his back on a roadside surrounded by law enforcement officers.

Godbolt said he was talking with his wife and members of her family when somebody called authorities.

"I was having a conversation with her stepdaddy and her mama and her, my wife, about me taking my children home," the suspect says on the video. "Somebody called the officer, people that didn't even live at the house. That's what they do. They intervene.

"They cost him his life," the suspect said, apparently in reference to the slain deputy. "I'm sorry."

The suspect also said he did not intend for police to capture him alive.

"My intentions was to have God kill me. I ran out of bullets," he said. "Suicide by cop was my intention.""

Gov. Phil Bryant issued a statement asking state residents to pray for the victims. He also noted the "sacrifice" made by law enforcement officers to protect and serve their communities.