WABC
By Kemberly Richardson
CONEY ISLAND, Brooklyn (WABC) -- The teenager convicted of killing an NYPD officer by setting a mattress on fire in Coney Island in 2014 was sentenced Tuesday to 19 years to life in prison.

Marcel Dockery was found guilty last month of all three counts he was facing, murder, assault and arson.

He was 16 when he set the fire inside his building that killed Officer Dennis Guerra.

Guerra's partner, Rosa Rodriguez, sustained permanent lung damage in the fire. Both were immediately overcome by smoke and carbon monoxide when they responded to the scene. 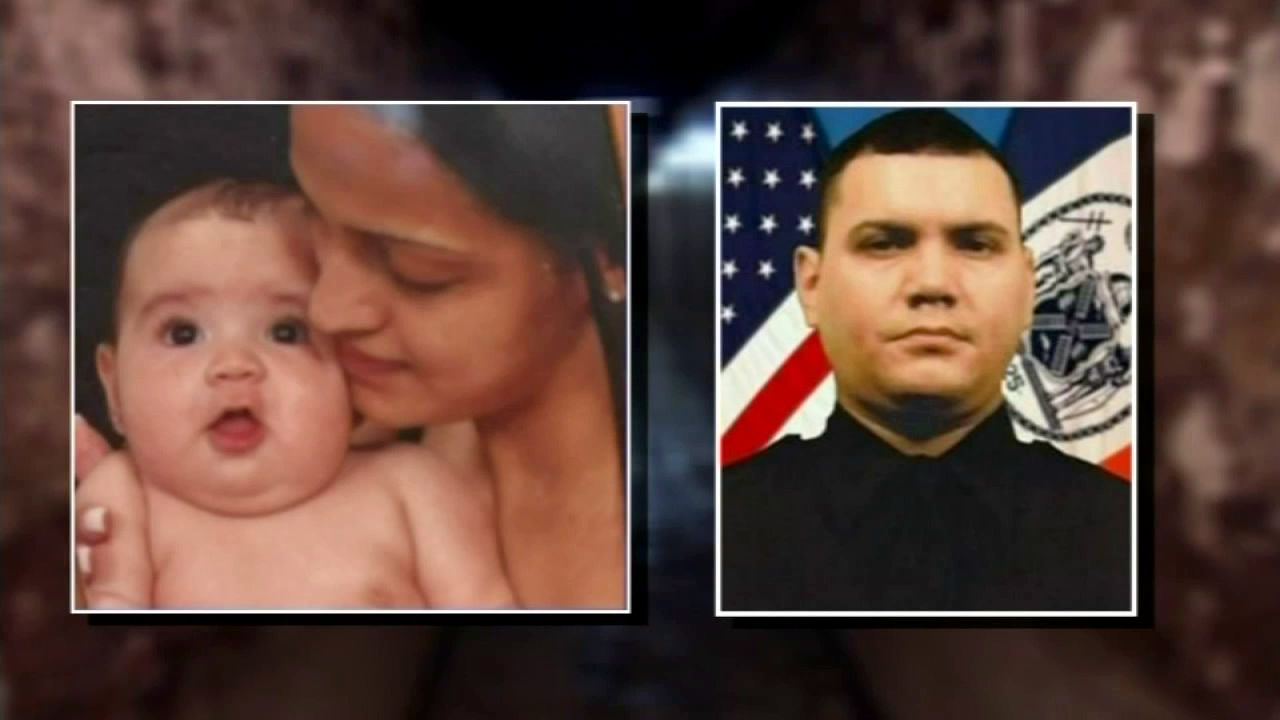 Dockery faced a sentence of 25 years to life in prison.

In court Tuesday, a letter was read from Officer Guerra's son, saying 'Your boredom took away a hero'. Dockery told authorities he set the fire because he was bored.

"We're satisfied. At least we know that justice was served, is being done," said Officer Guerra's mother Miriam.

"I can't bring my son back. Justice, I believe was served and he'll have to pay the consequences of what he did," said the officer's father, Dennis Guerra.

The officer's widow Cathy spoke in court about watching him slowly die in the hospital and how her 7-year-old son, the youngest of the couple's four children, told her "Poppy is sleeping. He will wake up and come home."

"For the past year and a half, Zachary had refused to sleep in his own room," she said. "As much as I have tried to convince him that a big boy that must sleep in his bed, he did not want to sleep there unless it was his father tucking him in at night. Zachary always felt safe seeing his father every night before going to sleep but did not have that security anymore. Along with the nightmares, fear of seeing/looking at fires, failing school grades, crying spells, and anger outbursts, Zachary is now facing anxiety. There are times that I cannot go out with others without him calling me and crying for me to come home."

At the trial, a videotaped confession from Dockery was played in which he told police he lit the corner of the mattress on fire because he was bored while waiting for his cousins, who also live in the building, to open their door.

:When Police Officers Guerra and Rodriguez responded to that fire inside that building, they did so to save lives," said Brooklyn District Attorney Kenneth Thompson. "However, a senseless act of arson cost a very courageous police officer his life and destroyed the health and career of another heroic officer. The sentence imposed by the court today reflects the severity of the crime committed by the defendant."
Related topics:
coney islandnew york citytrialmurderarson
Copyright © 2020 WABC-TV. All Rights Reserved.
More Videos
From CNN Newsource affiliates
TOP STORIES