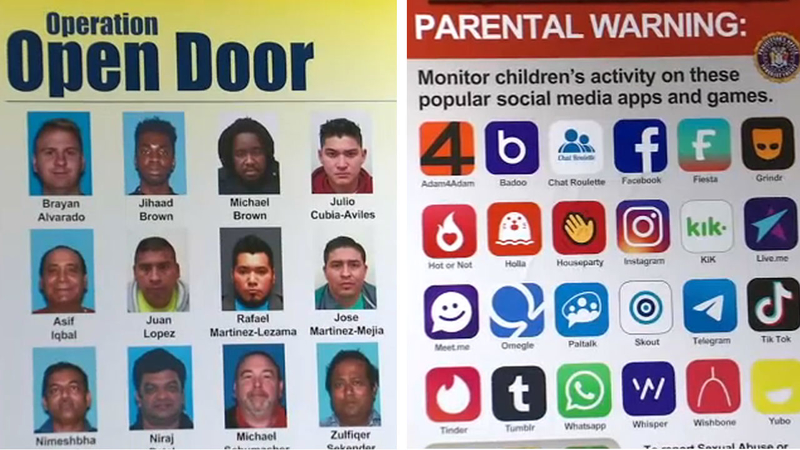 Officials say the suspects used social media and chat apps to arrange to have sex with boys and girls believed to be as young as 12 to 14.

But instead of minors, officials say the suspects were communicating with police officers posing as children.

The suspects set up meetings at two locations in Somerset County, but once the suspects arrived, they were met by police and taken into custody.

Officials urged parents to closely monitor their children's online activities and a task force is being set up to educate young children.

"You need to understand in this cyber age we are dealing with a new breed of criminal," said New Jersey Attorney General Gurbir Grewal.

"Any apps that are anonymous that don't verify your age are problematic," said John Pizzuro of the New Jersey State Police.

The suspects are being held in the Somerset County Jail.