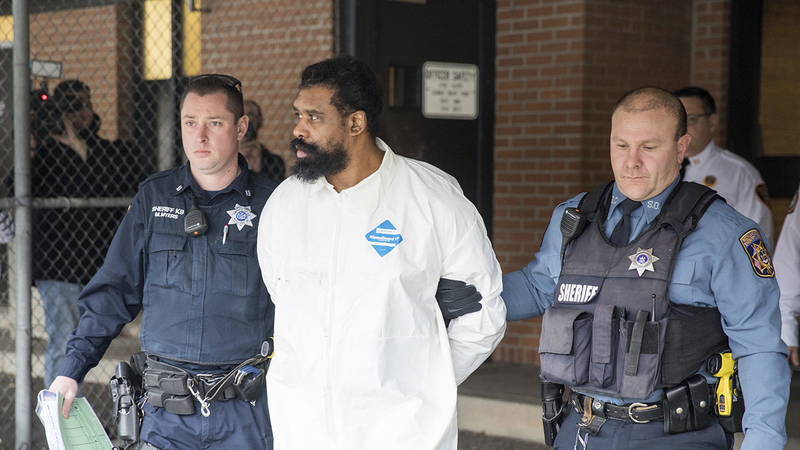 MONSEY, New York (WABC) -- The man charged in a bloody attack at a Hanukkah celebration pleaded not guilty Thursday to attempted murder charges contained in an indictment returned by a Rockland County grand jury.

The judge ordered Grafton Thomas to undergo a psychiatric evaluation and also issued orders of protection for victims.

He was charged locally with six counts of attempted murder. Authorities at first mentioned five victims, but the indictment said Thomas also attacked the son of the rabbi at whose home the attack took place.

Thomas was arrested hours after the incident, in which the victims were stabbed at an attack at a rabbi's home in Monsey.

He pleaded not guilty to separate federal hate crimes charges earlier this week, and the possibility was raised that he could face the death penalty if one of the victims who remains in a coma dies.

Assistant U.S. Attorney Michael Krouse said in the event that happens, prosecutors will consult with Justice Department officials in Washington before deciding whether to seek such a punishment.

The judge said she would appoint lawyers specializing in death penalty cases to help with the defense "as soon as possible" if it becomes likely that charges could be upgraded to include a death penalty request.

Thomas will return to court in Rockland County on February 18. His attorney, Michael Sussman, has said his client has severe psychiatric issues and never received the treatment he needed.

Authorities say Thomas had kept handwritten journals with anti-Semitic references and had used his phone to look up information on Hitler.

Krouse said journals and writings were seized from two residences. He said two machetes and two knives were found in separate vehicles in the probe.