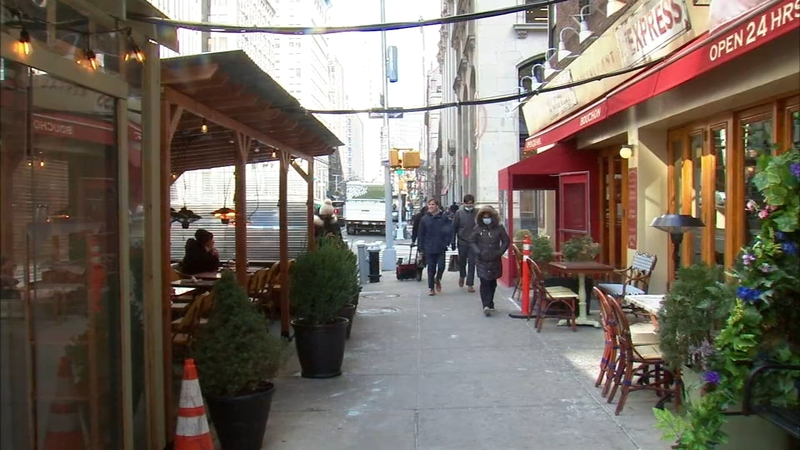 NEW YORK (WABC) -- Tourism officials are giving New Yorkers and visitors alike deals to some of the best shows, food, entertainment and hotels across NYC.

NYC and Company is offering a number of deals, including prix-fixe menus at more than 500 restaurants, 2-for-1 tickets to 17 Broadway shows and more than 45 museums, tours and performing arts.

This year, as part of NYC Winter Outing, they also added 22% off nearly 130 hotel rooms across the five boroughs.

The effort, now in its third year, hopes the special deals will bring in much-needed revenue to a city that's trying to bounce back from a crippling financial blow do the pandemic.

"We're resilient and not going to allow COVID to define us, we're going to define our own future," Mayor Eric Adams said.

Adams says the hospitality industry provided more than 400,000 jobs and pulled in an estimated $72 billion in 2019.

This year's campaign is being called a month of motivation.

"We've welcomed over 3 million visitors since we opened in September and 3,100 performances and have not had to shut down due to any audience outbreaks to date," said Charlotte St. Martin with the Broadway League.