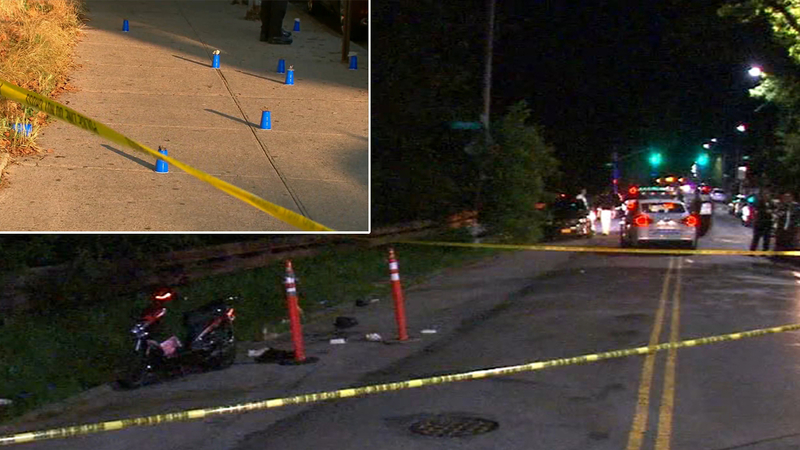 5 shot in 14 minutes in Brooklyn as shooting spike continues

CANARSIE, Brooklyn (WABC) -- Overnight, NYPD officers kept a presence along Rockaway Parkway outside a NYCHA complex after three men were shot in broad daylight in Brooklyn.

It was one of three drive-by shootings that happened in a span of 14 minutes on Monday in Brooklyn, part of a violent day that saw a total of 14 shootings with 18 victims throughout New York City.
EMBED More News Videos

The Black Lives Matter movement is getting all the attention, but on the ground - in the neighborhoods plagued with gun violence, there are many who want more police officers on th

Police say the Brooklyn shootings occurred in three locations within a mile and a half radius near the 69 Precinct:

Police say all the victims are believed to be the intended targets.
EMBED More News Videos

Police held a press conference to give an update after multiple people were shot in Canarsie.

In the first incident, a 23-year-old woman was shot four times in the chest around 6:20 p.m.. She was taken to Brookdale Hospital by private means.

Two minutes after that, a 19-year-old man who was accompanied by a female on a scooter was shot one time in his back. The female may have suffered injuries from falling off the scooter.

Police say the victims' injuries are not believed to be life-threatening.

Authorities say a white, four-door sedan was involved in each of the shootings.

Eyewitness News learned Tuesday morning that police have located the van. It had been trashed and abandoned.

"Right now we need the public's assistance, if anyone does have information, we're gonna ask for you to reach out to 1-800-577-TIPS," said Chief of Detectives Rodney Harrison.