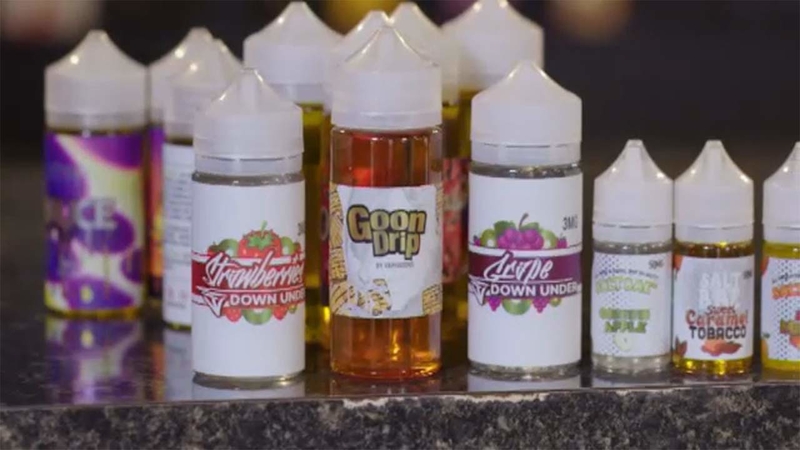 NEW YORK -- New York City has filed a federal lawsuit against 22 online e-cigarette sellers, accusing them of selling their products to residents under the age of 21, Mayor Bill de Blasio announced Wednesday.

The lawsuit, filed in federal court, says New Yorkers under the age of 21 were able to readily get onto the websites of the sellers and buy e-cigarette products in violation of city law.

"Preying on minors and hooking them on a potentially lethal, lifelong nicotine addiction is unconscionable," de Blasio said in a statement.

According to the complaint, the online sellers go after young people in their marketing, by offering e-cigarette flavors reminiscent of candy or sugary cereals, and by using social media popular with young people to promote their products.

No one was available to comment at Artisan. A phone message and email was sent to Central seeking comment.

The lawsuit comes after the state says there's been a death linked to vaping, a 17-year-old male from the Bronx who died last week.

Federal officials say at least 18 people have died and over 1,000 people have been sickened with vaping-related illnesses.

The surge in vaping among young people has become an issue of concern around the country.

The ban had been supposed to take effect last week, but a state appeals court temporarily blocked its enforcement after the vaping industry sued to block the ban, calling it governmental overreach.

States such as Michigan and Rhode Island have moved to ban flavored e-cigarettes. President Donald Trump has also proposed a federal ban.