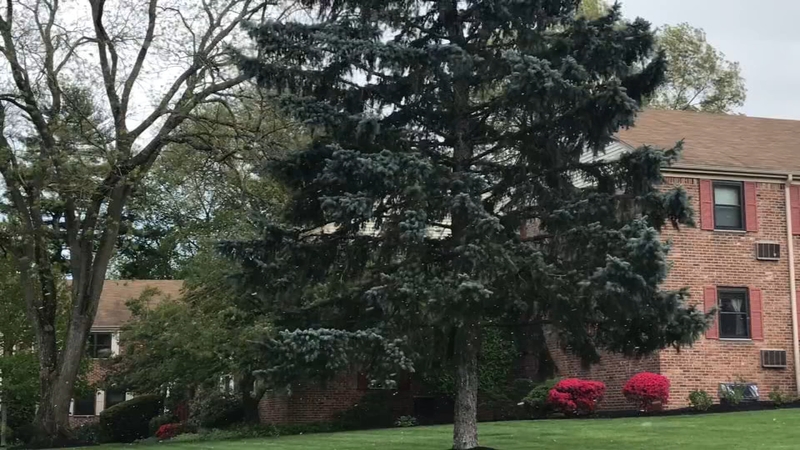 NEW YORK (WABC) -- The winter that wasn't showed up almost 60 days after the season officially ended!

The Polar Vortex that was missing all winter, leading to an unseasonably mild season, made a surprisingly strong rally on Mother's Day weekend, with two days of record cold and a historic trace of snow falling in the city and much more well north and west.

As the core of the Polar Vortex air that had been over the Arctic Ocean just last week settled over the tri-state area, the mercury tumbled and so did the records. The first record set was Friday night, when the temperature fell to 36, breaking the record set in 1947 of 37. The next came early Saturday morning, when a trace of snow fell in Central Park, tying a record for latest snowfall that happened to be set on the same day in 1977. The final milestone in the city was the low for Saturday of 34, breaking a record that had also stood since 1947

Snow flurries and squalls were reporting across the region, with the National Weather Service saying that all six of its climate sites (Newark Airport, Central Park, Bridgeport, LaGuardia, Kennedy, and Islip) reported a trace of snow early this morning.

"Officially, the month of May has the exact same amount of snow as the month of February for 5 of these sites. Islip, NY has officially had a snowier May than February," the NWS said in a tweet.

And that trace of snow New York City had on Saturday was the same amount we had in February, which is usually our snowiest month.

The wind chills were in the 20s this morning, and areas farther north felt like they were in the teens.

Temperatures were stuck in the 40s all day. Normal highs are close to 70. Wind gusts of up to 40 miles per hour made it feel like we were in the 30s.

Skies clouded up a bit later in the afternoon and some rain and snow showers swung through the region, but it won't be quite as cold Saturday night. The sun is back for Mother's Day, but gone will be the wintry bite in the air, as temperatures return to more a seasonable high of 62, still cooler than normal but a notable improvement over Saturday.