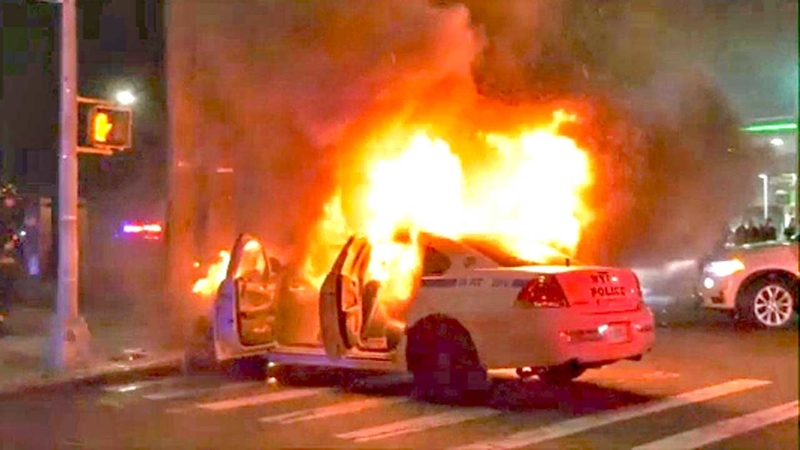 Police say the officers were responding to a call in Dyker Heights when a BMW driver failed to yield at the intersection of 8th Avenue and 65th Street.

Police say their lights and sirens were activated.

The crash caused the police cruiser to hit a pole, after which it caught fire.

Police say the 39-year-old driver ran away but later returned to scene.

That person was charged with leaving the scene of an accident and failure to yield to an emergency vehicle.

The two officers were treated for minor injuries at an area hospital.