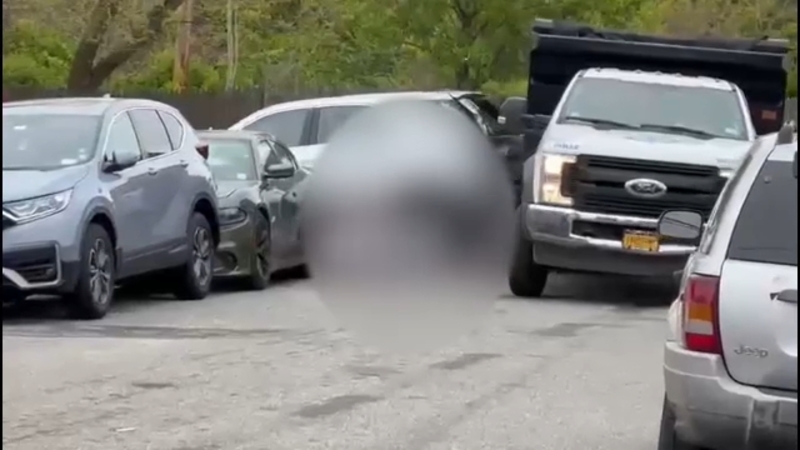 Mother dies from injuries after being hit by stolen dump truck

Police say the driver of a stolen dump truck tried to make a U-turn on a dead-end street and started to slam into parked cars.

"He hit this white BMW, he hit about three, four times," eyewitness Sharon Brown said. "The owners of the car came out. They were trying to stop him. He was still in motion."

The owner of the BMW, 49-year-old Florence Ngwu, walked toward the truck waving a traffic cone, trying to get his attention, witnesses said.

"She was just saying, 'Pull over, you hit a vehicle, we need information,'" neighbor Sean Vassell said. "The guy didn't want to hear it. He just wanted to go."

What should have been a Mother's Day full of laughs and smiles turned into worry and heartbreak for one family. Naveen Dhaliwal has the details.

The truck hit a parked SUV, which slammed into another car, pinning Ngwu, the mother of four college-age children, in between them.

Ngwu's daughter then screamed for help as the driver took off, leaving her mother crushed between two vehicles, struggling for her life.

She passed away from her injuries early Monday morning.

Ngwu's daughter, Princess, was there and watched it all. On Monday, she appeared to be in shock, still processing what happened.

"Life isn't fair, but it is what it is," she said. "We're OK. She trained us well. Her life, her kids, her husband, everything she did was for us."

Ngwu's family was by her side when she passed away.

"It doesn't feel real yet, I'm in disbelief," niece Nnenna B. said. "Of all days for it to happen, we were suppose to be celebrating Mother's Day. We were trying to figure out what gift to get her...I'm so upset they will have to remember Mother's Day this way, the rest of their lives."

Vassell walked away with scrapes and bruises after he, too, was injured by the hit-and-run driver.

Police found the truck, stolen from Parwar Builders, about a mile from the scene, in front of a church.

It had significant front-end damage, and surveillance footage shows the driver calmly abandoning the vehicle.

He remains on the loose, but detectives believe they have identified and are searching for him.

"We were going to cook Sunday morning for Mother's Day," Vassell said. "I was waiting for 9 a.m. to go to the fish market to get some fish to cook, and this is what happened."

Graphic billboards are going up about road safety and the dangers of speeding in New York City's most dangerous neighborhoods for pedestrians.