NYPD reviews response by officers to accident in Borough Park 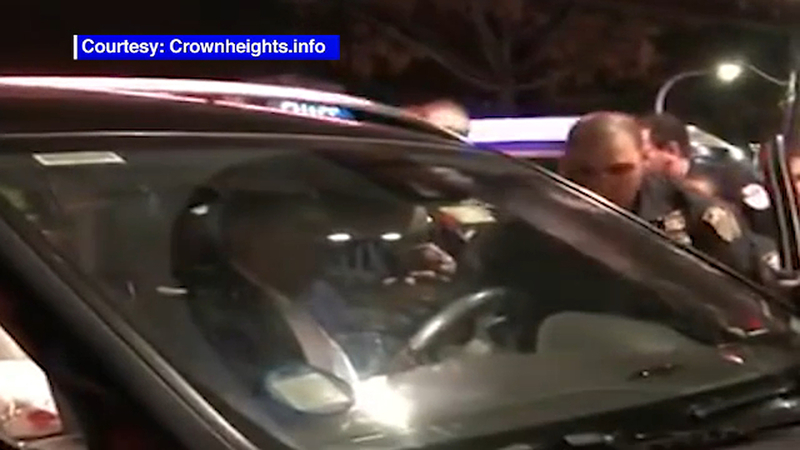 BOROUGH PARK, Broolyn (WABC) -- The NYPD is reviewing tapes of how officers responded to an accident in Brooklyn Tuesday night.

The officers tried to get a man out of his car after he slammed into several other vehicles.

It turns out the driver was suffering a medical issue. Now some Jewish leaders are calling for better NYPD training to deal with these situations.

Police sources say the driver may have been sick or under the influence of some kind of medication that was altering his behavior.

The car lost control at at McDonald Avenue and 18th Avenue in Borough Park, then slammed into several parked cars as well as a pole.

Video obtained by Eyewitness News shows police officers aggressively and profanely struggling to get the driver out of the car.

He was not complying with their instructions, but the driver appeared to be dazed, and it is unclear whether he was comprehending what they were trying to tell him to do.

The officers perceived he was actively resisting and responded in kind

"I have seen the video," said NYPD Chief of Detectives Dermot Shea. "I don't know if I've seen the entire video, I saw a snippet of it, still fairly fresh. What I will say about the incident is this: throughout the NYPD we hold our officers to the highest standards. The incident will be under review and I'll leave it at that."

"I don't want members of the community, any community, treated like animals, like a piece of meat," said State Assemblyman Dov Hikind. "Literally, that's how this guy was treated."

The driver has recovered and has not been charged with any crime.