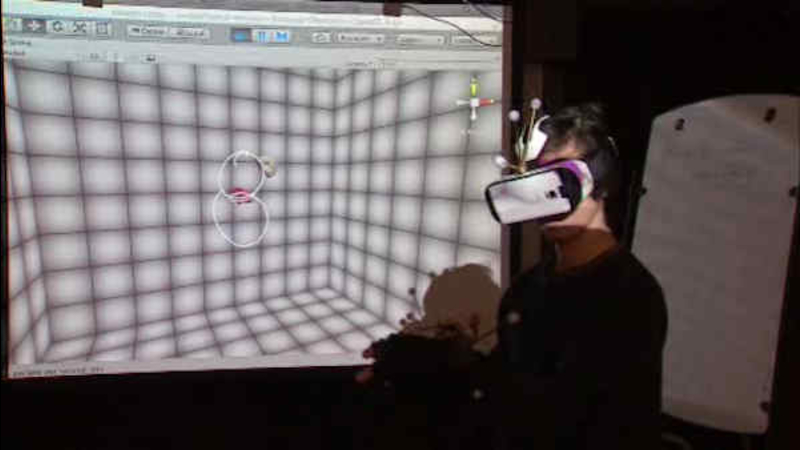 NEW YORK (WABC) -- Virtual reality is the stuff of science fiction, and a new version like you've never seen before is being used at a college in our area.

And what they're doing in the lab is going to change the way you watch movies.

Imagine you could go back in time and attempt what seems to be impossible. Well that's what happens when you take "The Walk" using virtual reality, and feeling like you're on a high wire above Manhattan in 1974 can be a scary experience. You'll even hear the wind whistling around you.

Perlin is a scientist who won an Oscar for his technical work improving special effects used in movies like "Inside/Out," and today, he's developing vital tools for filmmakers in the future.

"Directors of a forthcoming major animated film or special effects film could have the experience of walking through a very complex set and even modifying it before anyone has ever built it," he said.

Filmmakers would see it while wearing headsets in a motion-capture lab like the one at NYU.

"These little units will capture how my fingers are moving," student Connor Defanti said.

Sensors in the room see the movement, which is then placed within a virtual world designed by animator David Lobser as manipulated by Defanti. And what he sees is impossible to show on TV or online.

"He is able to draw in the air, and he is able to walk around the drawing," Perlin said. "And wherever he walks, he's seeing it as a three-dimensional sculpture."

The result has already been seen outside the classroom in "Dual," an experimental theatrical presentation. But as cool as it may be, the near future promises to be even more true to life.

"Instead of wearing cumbersome headsets, people will be able to slip on a pair of sunglasses," Perlin said. "Beyond that, maybe eventually they'll be able to put in contact lenses. And in their everyday lives, they're going to be able to do things that now we couldn't imagine."